“Shalom Sivan, My name Is Nechama Spielman from Kibbutz Tirat Tzvi. I think it’s important to publish the following story:

Neta Eiger, an 11th grader from the kibbutz, traveled abroad to participate in the International Mendeleev Chemistry Olympiad. (By the way, Neta is a descendant of Rabbi Akiva Eiger, who was famous for his genius as a Torah scholar.)

Israel sent its six best young chemists to the competition, and Neta was one of them. He excelled in the first two stages of the competition but, unfortunately, the third and most important stage, a laboratory examination, was held last Shabbat.

Despite earlier promises to allow him to take the exam on Friday or Saturday night, he was ultimately not allowed to do this. In our view, Israel should have insisted upon allowing this as a matter of policy, and not as a personal favor for Neta.

Ultimately, Neta did not take the exam on Shabbat. From our perspective, he passed another kind of exam. His kibbutz and his school in Sde Eliyahu are preparing a world champion’s reception for him. He prepared three entire years for this competition and is an outstanding chemist. Tonight he returns to Israel, without a trophy but with an abundance of faith and devotion to eternal values.”

When I was in Memphis on a lecture tour, I asked to meet him. They told me that in this city lives one of the last people who met *Rav Avraham Yitzchak HaCohen Kook* and has stories to tell about him. And so I was privileged to sit opposite Rabbi Neta Greenblatt, 96 years old, an American talmid chacham (Torah scholar), and to hear a firsthand account of his encounters with a true spiritual giant.

As a young boy, Rabbi Greenblatt was sickly and his father took him to Rav Kook to receive a blessing. He remembers that the rav stood in tallit and tefillin, looked him in the eyes, and gave him a blessing that he should become a talmid chacham and merit to live a long life. “The second blessing materialized,” he smiled, “I hope the first did, too.”

His face lit up with a special light as he told about Rav Kook’s Torah classes, about the Shavuot festival when the rav taught Torah without interruption from eleven o’clock at night until four in the morning, about walking with him to the Kotel together with hundreds of others, about the special Hebrew that Rav Kook spoke and about the rav’s tireless efforts on behalf of the entire nation of Israel.

Rabbi Greenblatt recalled Rav Kook’s funeral. The funeral procession departed from the house of the rav, arriving at the Mount of Olives, where he was buried. Although Rabbi Greenblatt was only ten years old at the time, he remembered everything.

Rabbi Greenblatt passed away last week, after almost a hundred years during which he was privileged to study, to teach and to share his memories of Rav Kook.

At the end of our meeting, I asked him one final question: What can people today who never met Rav Kook learn from all these stories about him?

“What’s the message?’ Rabbi Greenblatt asked and immediately answered: “The message is that, like Rav Kook, we can also be great and honorable individuals and possess qualities truly befitting a human being. It’s possible. We are not Rav Kook but surely, yes, surely it’s possible to be a great human being. It’s not only possible but essential! There can be no doubt about this.” 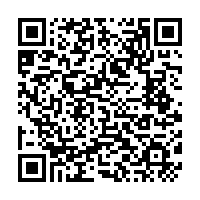