Rav Yoni Lavi suggests that we can learn at least three things from the coronavirus, which caused panic across the globe:

The world has advanced and we need to appreciate the privilege of living in this era. Humanity today has received an abundance of life and health as an incredible gift. But does it properly take advantage of this blessing?


The first doctor who warned about the virus was investigated by the police and censured for “disturbing the public order” before he became a virus victim himself. China, the mighty, the omnipotent, the juggernaut, has just received a quick course in humility from a microscopic organism.

What are governments doing about them? Where is the hysteria? It turns out that we just got used to these ongoing tragedies. How many lives could we improve and save if we invested in these other areas one-tenth of the resources that are presently being invested in the coronavirus?

Shabbat shalom, and may all who need it have a complete recovery. 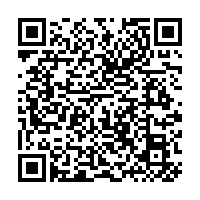