Last week’s photograph of a large group of Jews praying in the middle of the day was not taken at Sacher Park in Jerusalem during Pesach vacation, but rather on the front lawn of the White House in the course of celebrating the signing of historic peace agreements.

Even as history is being written, the Jewish pulse beats with obligation. It reminds me of
Yaakov Avinu who in the historic moment of greeting his son Yosef after 22 years of separation pauses to say Shema Yisrael in its proper time and only afterwards embraces his son.


It seems to me that this photograph represents something very profound. It was precisely because of pride and confidence in our Jewish identity that we were able to reach this milestone. When we know who we are and demonstrate self-respect, the world
acknowledges and respects us.

This idea is underscored in the verse Netanyahu quoted at the ceremony: “The Lord will grant
strength to his people; the Lord will bless His people with peace” (Psalms 29:11). Within the strength of our Jewish identity and its powerful expression, we achieve peace.

Last week’s achievement came as the unbelievable conclusion to an unbelievable year. If people would have told us a year ago that shops and airports would be closed, school canceled, and that words like “pandemic,” “corona,” and “zoom” would take over our lives, we wouldn’t have believed it.

If they would have told us two leading Arab states would openly and proudly sign peace agreements with Israel, and even sing HaTikva, we wouldn’t have believed it.

The world can change in the twinkling of an eye – for good or for bad. We too can change on a dime. Look how readily we began to wear masks and now begin to plan vacations in Dubai.

Let’s hope that 5781 will bring with it as many surprises as possible – but all of them positive.

Appreciating What You Have

Shalom Sivan, this is Chagit Rhein. Fourteen years ago, on Rosh Hashanah eve, I was preparing to light candles. This was a month and half after my son, Benaya Rhein, fell in the Second Lebanon War.

I stood over the candles with tears in my eyes. I prayed for the strength and the proper insight in order to say the blessing with joy. After a period of time that seemed like an eternity, I suddenly looked around. I saw our seven children, the sons-in-law, the daughters-in-law, the grandchildren, and suddenly I understood: Yes, “who has granted us life.” Say thank you for all that you have, for the tremendous abundance in your life that cannot be taken for granted in any way.

I felt my heart open and I shouted: “Who has granted us life, sustained us, and enabled us to reach this occasion!” I think they heard me all the way to Kalkilya…

I have always endeavored to preserve the understanding gained at that moment so that it would not go away, but would rather become my worldview.

If only all of us could succeed this year in changing our perspective by looking around us and inside of us to see the good within the present crisis, to be joyful that we have arrived at Rosh Hashana 5781, having been granted the gift of life. 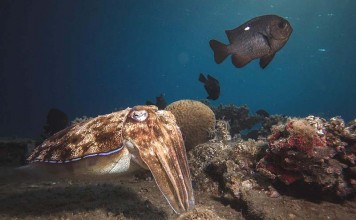 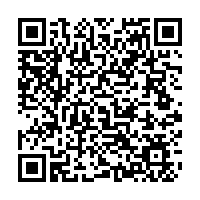