The Israeli actor Yehuda Barkan has passed away from the coronavirus. Here is a story he was accustomed to tell that can help us during these trying times:

Several years ago, he was mired in debts, including debts to loan sharks. On top of that, family problems and personal problems brought him to the point of despair. One Friday, in the deepest depth of his depression, his telephone rang again and again.

He didn’t want to pick it up because he was certain that this was another one of his creditors, but he finally answered the phone. It was Chaim, a poor man who succeeded in finding the number of the famous actor, and called in order to ask for help.

“We have no money to buy food for Shabbat,” Chaim said, “and you are certainly rich and can help us.”

Yehuda tried to explain to him that he himself was under duress, but then he reached into his pocket and found a 200 shekel note. He told Chaim to come to him and when he arrived Yehuda excitedly gave him the money.

This moment changed Yehuda’s life for the better. After months of running away from the world, he could breathe a sigh of relief, of satisfaction and even joy. He decided to connect with his creditors and to come to an agreement with them.

“It doesn’t matter how bad off I might be,” he explained years later, “I can always give to others. And when I give – I actually receive the most.  When I was in a crisis and feared that I might harm myself, Chaim showed me that I could still care about others and give.  They say ‘tzedakah saves a person from death.’ It saves the one who receives but the one who gives as well.” 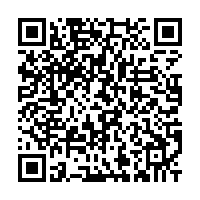