Our portion, Toledot, Relationships, begins with Isaac comfortable in his identity even when challenged, and Rebecca, not yet fully comfortable in her new identity as Isaac’s wife. The verse unequivocally states that Isaac is the sole heir of Abraham’s mission. The rumors that Isaac could not possibly be Abraham’s son, that he was actually the result of Avimelech’s evening with Sarah, didn’t faze the new Patriarch. Ishmael was surely unhappy, and there are hints of latent enmity, when, late in the portion, Esau marries the rejected Ishmael’s daughter. Rebecca suspected Ishmael’s enmity, and believed that Isaac did not.


Rebecca knew of enemies and hatred. She prayed with the assumption that the power of her prayer was limited by her identity as the daughter and sister of evil men. Perhaps she, as do so many of us, perceived her past as an enemy, and there is an abundance of enmities in the portion.

Avimelech’s hesitance in grabbing Rebecca indicates distrust of Isaac, eventually expressed in the hateful sealing of Abraham’s wells, and the theft of Isaac’s. Rebecca recognized Avimelech as an enemy, suspecting her husband did not. She wondered whether the confident Isaac who could so easily shrug off the rumors and even make a treaty with Avimelech, was equipped to recognize Esau’s danger.

We are taught that Esau, desperate for his father’s love, pretended to more religious that the pope, an approach, on its surface an act of love, that can ultimately result in Esau hating his father. Rebecca understood, and, again, believed her husband did not.

When did Esau begin to hate his brother, Jacob? Did it begin when Jacob sold his desperate brother a bowl of lentils? Did the great hunter begin to hate his studious brother earlier, as soon as their essential differences became marked? Is it possible that Esau did not actually begin to hate Jacob until the theft of the blessings?

Rebecca is understood to have sensed their hatred when her twins struggled with each other in her womb. I always wondered whether Rebecca managed the theft of the blessings to force Esau’s hatred out into the open. Battles cannot be waged against one we refuse to identify as an enemy, as we regularly witness in Israel’s attempts to make peace with the Palestinians.

A soldier must know his enemy. General Sherman wrote in a letter to Salmon Chase several months before the fall of Atlanta, “The war had been complicated with the belief on the one hand that all on the other side are not enemies.” It was time; Sherman went on, “to proceed on the proper rule that all in the South are enemies.” Lincoln wanted the letter published so, in his mind, “the bonds of affection” would plainly be severed.

Rebecca, who knew of internal, external, and potential enmity, knew how to block hatred. When Jacob fears his father’s wrath, even hatred, upon discovering Jacob’s trick, Rebecca reassures him, “Your curse shall be on me, not you!” Whether we read that as, “If you can steal a blessing meant for someone else; I can steal a curse meant for you,” or, “Your father will know it was my doing,” will Rebecca’s words protect Jacob’s emotions from a devastating fatherly curse? If Jacob is to own this powerful action, how can he simply ignore the curse?

Upon hearing Isaac’s instructions to Esau, Rebecca understood that Isaac’s ability to ignore the hatred of Ishmael, Avimelech, and potentially Esau, reflected his conviction that all relationships began in his relationship with himself. Jacob’s fear of a curse was rooted in Rebecca’s connection to internal hatreds. She was teaching Jacob that his fear of a curse was “on her,” but that there would be no curse, no anger, no hatred. Jacob, who would struggle with his identity for many years, could only fully own the theft of the blessings when he appreciated the power of Isaac’s sense of identity. It is only the Jacob who understood Isaac’s power who could be sent to live with the hateful Laban, who would dedicate years to shatter Jacob’s sense of identity. All Toledot – Relationships – begin with our relationship with ourselves.

It is not Isaac’s greatness I wish to honor with these words, but Rebecca’s. We have a woman who recognizes a quality in her husband, a quality she has yet to master, and yet, she is able to see the potential for this quality in her child. She shares a lesson she has not fully integrated with a son, who, she believes will integrate. Rebecca has so much light within that she is able to nurture the light floating just above Jacob.

Is this not the role of a teacher and a parent? Is it not our responsibility to identify the highest qualities of people, even those we have yet to master, and the potential for those qualities in students and children?

This ability to share qualities we have yet to master with those in whom we see potential, is celebrated by the Shabbat candles that honor the inner light of the mother that nurtures the light floating just above each member of her family. 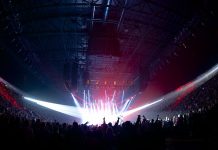 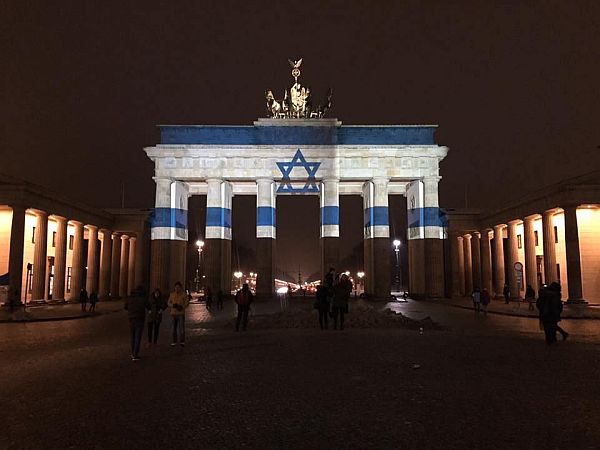 “You Want It Brighter? We’ll Light The Flame!” 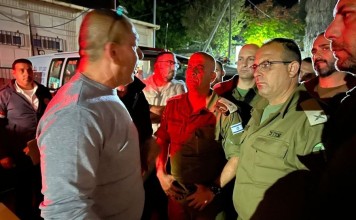