The Gemara in Sanhedrin 59b says that Adam was forbidden to eat any of the animals. He was only permitted to eat fruits and vegetables. He was therefore not commanded to not eat ever min hachai since he was not allowed to eat animals at all. The reason why the Rambam did not mention this prohibition is because it was not intended to last forever. Only after the mabul did Hashem permit Noach to eat animals, as the pasuk in this week’s parshah says: “kol remes asher hu chai lachem yiheyeh le’achlah” (Bereishis 9:3). Prior to this it was forbidden to kill an animal in order to eat it.

Several Acharonim were bothered by a question (see Zera Avraham, end of siman 13). The Gemara in Menachos 6a says that a korban must be brought of something that may be eaten. This is referred to as “mashkeh Yisrael.” How could Noach, Adam, and Hevel have brought korbanos from animals that they themselves were forbidden to eat?

Some Acharonim suggest that the halacha of mashkeh Yisrael does not apply to a ben Noach who is bringing a korban. Thus Noach and Hevel did not have to bring korbanos from items that they could have eaten themselves. Others suggest that the halacha of mashkeh Yisrael only applies to korbanos brought on the Mizbeach. Even according to the opinion that Noach brought his korbanos on the place where the Mizbeach would later be built, it did not have the status of the actual Mizbeach.

I would like to suggest another answer. The halacha of mashkeh Yisrael requires that all items brought as a korban must be fit for consumption. However, if one ate hard cheese and cannot eat meat for six hours, he would nonetheless be permitted to bring a korban of animal meat. Similarly, one would be permitted to bring a korban on a fast day, when it is forbidden to eat anything. The reason for this is because in these cases the food is not forbidden in and of itself; rather, it is the person who cannot eat the food at that time.

I believe that the prohibition that existed prior to Hashem allowing Noach to eat animals was similar to that of a fast day, whereby the food was not intrinsically prohibited – only that the people could not eat it at that time. We do not find that Hashem changed something from being a non-kosher or forbidden food to becoming one that is permitted anywhere else. It is therefore likely that this prohibition was not intrinsic. Animals were never deemed as non-kosher for bnei Noach. They were simply not allowed to eat them, for it was as if it were a fast day regarding eating animals. 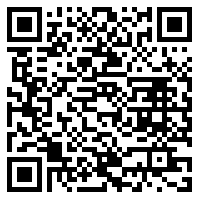