By now Moses had given 612 commands to the Israelites. But there was one further instruction he still had to give, the last of his life, the final mitzvah in the Torah:


The oral tradition understood this to be a command that each Israelite should take part in the writing of a Sefer Torah. Here is how Maimonides states the law:

“Every male Israelite is commanded to write a Torah scroll for himself, as it says, ‘Now therefore write this song,’ meaning, ‘Write for yourselves [a complete copy of] the Torah that contains this song,’ since we do not write isolated passages of the Torah [but only a complete scroll]. Even if one has inherited a Torah scroll from his parents, nonetheless it is a mitzvah to write one for oneself, and one who does so is as if he had received [the Torah] from Mount Sinai. One who does not know how to write a scroll may engage [a scribe] to do it for him, and whoever corrects even one letter is as if he has written a whole scroll” (Laws of Tefillin, Mezuzah and Sefer Torah 7:1).

There is something poetic in the fact that Moses left this law until the last. For it was as if he were saying to the next generation, and all future generations: “Do not think it is enough to be able to say, ‘My ancestors received the Torah from Moses.’ You must take it and make it new in every generation.” And so Jews did.

The Koran calls Jews “the people of the Book.” That is a great understatement. The whole of Judaism is an extended love story between a people and a book – between Jews and the Torah. Never has a people loved and honored a book more. They read it, studied it, argued with it, lived it. In its presence they stood as if it were a king. On Simchat Torah, they danced with it as if it were a bride. If, God forbid, it fell, they fasted. If one was no longer fit for use it was buried, as if it were a relative that had died.

For a thousand years they wrote commentaries to it in the form of the rest of Tanach (there were a thousand years between Moses and Malachi, the last of the prophets, and in the very last chapter of the prophetic books Malachi says, “Remember the Torah of my servant Moses, the decrees and laws I gave him at Horeb for all Israel”).

For a hundred generations it was more than a book. It was God’s love letter to the Jewish people, the gift of His word, the pledge of their betrothal, the marriage contract between heaven and the Jewish people, the bond that God would never break or rescind. It was the story of the people and their written constitution as a nation under God. When they were exiled from their land it became the documentary evidence of past promise and future hope. In a brilliant phrase the poet Heinrich Heine called the Torah “the portable homeland of the Jew.” In George Steiner’s gloss, “The text is home; each commentary a return.”

Dispersed, scattered, landless, powerless: so long as a Jew had the Torah he or she was at home – if not physically then spiritually. There were times when it was all they had. Hence the lacerating line in one of the liturgical poems in Neilah at the end of Yom Kippur: “Ein lanu shiur, rak haTorah hazot – We have nothing left except this Torah.” 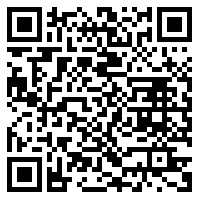