There is a fascinating moment in the unfolding story of the plagues that should make us stop and take notice. Seven plagues have now struck Egypt. The people are suffering. Several times Pharaoh seems to soften, only to harden his heart again. During the seventh plague, hail, he even seems to admit his mistake. “Pharaoh summoned Moses and Aaron. “This time I have sinned,” he said to them. “The Lord is in the right, and I and my people are in the wrong” (Exodus 9:27). But as soon as the plague is over he changes his mind. “He and his officials,” says the Torah, “hardened their hearts” (9:34).

And now Moses and Aaron have come to warn of a further plague, potentially devastating, a plague of locusts that, they say, will devour all the grain left after the hail – as well as the fruit of the trees. And for the first time we hear something we have not heard before.

Pharaoh’s own advisers tell him he is making a mistake: “Pharaoh’s officials said to him, ‘How long will this man be a snare to us? Let the people go, so that they may worship the Lord their G-d. Do you not yet realize that Egypt is ruined?’ ”

These words immediately transform the situation. How so?

Back in 1984 the historian Barbara Tuchman published a famous book called The March of Folly. In it she asked the great question: How is it that throughout history intelligent people have made foolish decisions that were damaging both to their own position and to that of the people they led?

By this she did not mean decisions that in retrospect proved to be the wrong ones. Anyone can make that kind of mistake. That is the nature of leadership and of life itself. We are called on to make decisions under conditions of uncertainty. With the wisdom of hindsight we can see where we went wrong, because of factors we did not know about at the time.

What she was talking about were decisions that people, at the time, could see were the wrong ones. There were warnings and they were ignored. One example she gives is of the Wooden Horse of Troy. The Greeks had laid siege to Troy unsuccessfully for ten years. Eventually they appeared to give up and sail away, leaving behind them a giant wooden horse. The Trojans enthusiastically hauled it inside the city as a symbol of their victory. As we know, inside the horse were thirty Greek soldiers who that night came out of hiding and opened the city gates for the Greek army that had sailed back under cover of night.

It was a brilliant ploy, but Laocoön, the Trojan priest, had guessed that it was a plot and warned his people, in the famous words, “I fear the Greeks even when they come bearing gifts.” His warning was ignored, and Troy fell.

Another of Tuchman’s examples is the papacy in the sixteenth century, which had become corrupt, financially and in other ways. There were many calls for reform but they were ignored. The Vatican regarded itself, like some financial institutions today, as too big to fail. The result was the reformation and more than a century of religious war throughout Europe.

That is the context in which we should read the story of Pharaoh and his advisers. This is one of the first recorded instances of the march of folly. How does it happen?

Some years ago Dreamworks studio made a cartoon film about Moses and the Exodus, called “Prince of Egypt.” The producer, Jeffrey Katzenburg, invited me to see the film when it was about half complete, to see whether I felt that it was a responsible and sensitive way of telling the story, which I thought it was.

What fascinated me (and perhaps I should have understood this earlier) was that it portrayed Pharaoh not as an evil man but as a deeply conservative one, charged with maintaining what was already the longest-lived empire of the ancient world, and not allowing it, as it were, to be undermined by change.

Let slaves go free, and who knows what will happen next? Royal authority will seem to have been defeated. A fracture would appear in the political structure. The seemingly unshakable edifice of power will be seen to have been shaken. And that, for those who fear change, is the beginning of the end.

Under those circumstances it is possible to see why Pharaoh would refuse to listen to his advisers. They are weak and defeatist, giving in to pressure, and any sign of weakness in leadership only leads to more pressure and more capitulation. Better be strong, and continue to say “No” – and simply endure one more plague.

We see Pharaoh as both wicked and foolish, because we have read the book. His advisers could see clearly that he was leading his people to disaster, but he may well have felt that he was being strong while they were merely fearful. Leadership is only easy, and its errors only clearly visible, in retrospect. 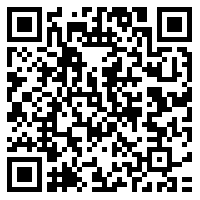