The articles in this column are transcriptions and adaptations of shiurim by Rav Joseph Ber Soloveitchik, zt”l. This week’s d’var Torah is In honor of the forthcoming marriage of Bat Sheva Feldman and Akiva Bomzer and the births of Chaim Zev Kaufman and Sarah Bloom.

Why was the section of Parah Adumah (red heifer) that deals with ritual impurity associated with a human corpse inserted between the story of the spies and the death of Miriam? It would have fit nicely in various places in Sefer Vayikra that discuss ritual purity, for example Tazria, Metzora, or in Tzav or Shmini which discuss other sacrifices that were brought on behalf of the community. What is the connection between the parshyios of Shlach, Korach and Chukas. What thread binds the stories of Parah Adumah, the arrival in the desert of Tzin, the death of Miriam and the standoff with Edom on their way to the Promised Land?

Chazal explain Chukah to mean a mysterious or enigmatic law that we must accept without requesting explanation or motivation. They detected in the word chok an inherent incomprehensibility by man that requires him to suspend reason and judgment, the very attributes that differentiate us from the rest of creation, and simply accept and do. However, even though we can’t ask for an explanation of the law or the motivation or reason behind a chok, we may still inquire as to its interpretation.

There is a difference between explanation and interpretation. Explanation answers the question of why or how. Scientific disciplines don’t ask “why”, a metaphysical question. They ask “how does it function?” By establishing dependence of phenomena in terms of mathematical equations we answer the “how” question. With chukim and mishpatim we don’t ask “why”. Often it is foolish to ask “why” even in commandments whose meaning we think we understand. The ultimate response to “why” is it is simply the will of Hashem.

While we cannot ask “why” regarding Parah Adumah, we can ask “what does ittell me”? What is the spiritual message of parah that I can assimilate to my worldview and outlook? Ramban and Rambam emphasized, time and again, that avoda sheb’lev includes more than tefillah. It tells man how to live and worship Hashem. Avoda sheb’lev must be present in every religious and moral act. What aspect of Avoda sheb’lev can I derive from fulfilling the mitzvah of Parah Adumah? How am I to experience it? When I say Shma, I experience closeness to Hashem. But what am I supposed to experience when we hear Parshas Parah? What is the central motif of Parah Adumah that makes it so unique? Why did Chazal consider it as the chok par excellence?

We will do well to abandon the popular approach to the parsha that focuses on the ceremonial aspects of the parsha, such as purifying the unclean and defiling the pure, or that parah does not conform to the prohibition against sh’chutay chutz (sacrifice external to the walls of the Beis Hamikdash), or the peculiar mixing of the ashes with the water. While these are intriguing questions, the singularity of Parah Adumah lies elsewhere.

Let us understand the topic of Adam ki yamus b’ohel. Tazria and Metzora do not mention the defilement associated with coming in contact with a human corpse. In Emor and Naso we have a hint of tumas mes. However, a prohibition derived from those parshyios could have been limited to enjoining one from coming into contact with a corpse, but without imparting a ritual defilement to the person.

Parah Adumah introduces the concept of defilement by touching a corpse. There is something unique about defilement associated with a corpse as opposed to defilement arising from contacting other major sources of defilement, such as a sheretz. While the Torah never says Adam ki y’tameh b’sheretz, it does specify in solemn prose Zos hatorah adam ki yamus b’ohel. We must understand the distinction. 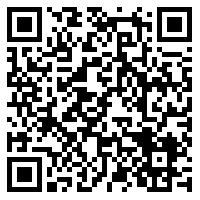