“Do not rebel against Hashem and you will not fear the people of the land” (Bamidbar 14:9).

The spies came back with their report about the land of Israel and asserted that “the land is occupied by giants, living in fortified cities” (13:28). We will die if we attempt to conquer them!

When Yehoshua and Calev saw how the people were affected by the other spies’ negative report and lack of trust in Hashem, they rebuked Bnei Yisrael with these words: Stop rebelling against Hashem, and you won’t fear your enemies.

What is the connection between rebellion against Hashem and fear of enemies?

This explanation is very difficult to understand as the very opposite seems to have happened. The spies were wise men, leaders of the nation. They had been in the land and came back with a daunting report: “Just as the fruit of the land is colossal, so too are the people living there!” Isn’t it clear that it was fear of those mighty nations which caused even such worthy Jews to rebel against Hashem? Yet Rashi says their rebellion came first and caused their fear.

One of the most important books you will ever read is your autobiography. Everyone has a story, and if you look back at your life story, likely you will see a series of odd coincidences that brought you to where you are today. And in a rare moment of clarity, you might just realize that the journey of your life has been unfolding as part of a Master plan – that Hashem planned these things years in advance, long before you were aware of an issue. Long before you could even recognize a danger, Hashem was planning your salvation and putting the pieces into place. With that perspective comes a certain sense of calm and comfort.

If we can review our life stories, we might come to the life-changing realization that Hashem didn’t just miraculously appear right when we needed him; rather Hashem is here. All the time. Past, future, and present. Hashem is here in the morning when you open your eyes; Hashem is here at night when you close them. Hashem is here when you get behind the wheel of your car. Hashem fills every part of every place – all day, every day.

This is how my rebbe explains Rashi’s comment. The reason the Jews feared the nations was because they didn’t trust Hashem to save them. But why didn’t they have enough trust? They had just been taken out of Egypt and lived through the greatest revelation of Hashem’s control of every nature!

Had they reviewed their own recent history – the splitting of the sea, the clouds of glory escorting them –they would have felt secure, knowing Hashem was right there. There is nothing to fear when we realize every outcome is controlled by Hashem. Their rebellion – the fact that they didn’t want to fully accept Hashem as their King – caused them to overlook the obvious implications of their recent past and left them open to fear.

This lesson is important today because while it’s nice to read about open miracles done for tzadikim living in different times – it often feels irrelevant to “my” situation and “my” life. But when we focus on our personal histories, we can find an unending source of Hashem’s presence in our own lives as well. And with that understanding comes a sense of calm and equanimity: There is a master to this ship who is guiding and protecting me, walking me through every aspect of life. 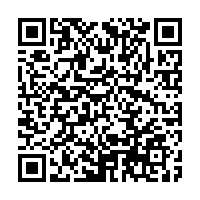