Having set out the broad principles of the covenant, Moses now turns to the details, which extend over many chapters and several parshiyot. The long review of the laws that will govern Israel in its land begin and end with Moses posing a momentous choice. Here is how he frames it in this week’s parshah:

And here is how he puts it at the end:

Maimonides takes these two passages as proof of our belief in freewill (Hilchot Teshuvah 5:3), which indeed they are. But they are more than that. They are also a political statement. The connection between individual freedom (which Maimonides is talking about) and collective choice (which Moses is talking about) is this: If humans are free, then they need a free society within which to exercise that freedom. The book of Devarim represents the first attempt in history to create a free society.

Moses’s vision is deeply political but in a unique way. It is not politics as the pursuit of power or the defense of interests or the preservation of class and caste. It is not politics as an expression of national glory and renown. There is no desire in Moses’s words for fame, honor, expansion, or empire. There is not a word of nationalism in the conventional sense. Moses does not tell the people that they are great. He tells them that they have been rebellious, they have sinned, and that their failure of faith during the episode of the spies cost them forty extra years of delay before entering the land. Moses would not have won an election. He was not that kind of leader.

Instead he summons the people to humility and responsibility. We are the nation, he says in effect, that has been chosen by God for a great experiment. Can we create a society that is not Egypt, not empire, not divided into rulers and ruled? Can we stay faithful to the more-than-human hand that has guided our destinies since I first stood before Pharaoh and asked for our freedom? For if we truly believe in God – not God as a philosophical abstraction but God in whose handwriting our history has been written, God to whom we pledged allegiance at Mount Sinai, God who is our only sovereign – then we can do great things.

Not great in conventional terms, but great in moral terms. For if all power, all wealth, all might belongs to God, then none of these things can rightfully set us apart one from another. We are all equally precious in His sight. We have been charged by Him to feed the poor and bring the orphan and widow, the landless Levite and non-Israelite stranger, into our midst, sharing our celebrations and days of rest. We have been commanded to create a just society that honors human dignity and freedom.

Moses insists on three things: First that we are free. The choice is ours. Blessing or curse? Good or evil? Faithfulness or faithlessness? You decide, says Moses. Never has freedom been so starkly defined, not just for an individual but also for a nation as a whole. We do not find it hard to understand that as individuals we are confronted by moral choices. Adam and Eve were. So was Cain. Choice is written into the human condition.

But to be told this as a nation – this is something new. There is no defense, says Moses, in protestations of powerlessness – saying that we could not help it. We were outnumbered. We were defeated. It was the fault of our leaders or our enemies. No, says Moses, your fate is in your hands. The sovereignty of God does not take away human responsibility. To the contrary, it places it center stage. If you are faithful to God, says Moses, you will prevail over empires. If you are not, nothing else – not military strength nor political alliances – will help you. 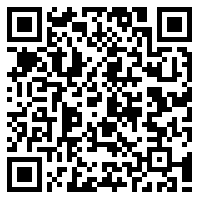