In this week’s parsha, we learn how Balak the king of Moav recruited the wicked prophet of the nations, Bil’am, to curse Israel. Their plan was to stop Israel’s advance and its inexorable conquest of the Land that was promised by Hashem. Balak hopes that Bil’am’s skill in cursing will succeed in overcoming the miraculous advantage they have so far enjoyed as a result of Divine favor.

Unbeknownst to Balak, this mission is doomed to failure because Hashem will not allow His people to be cursed. In fact, our Sages teach that the entire episode was a deliberate scheme by Hashem to have Israel blessed by the wicked prophet of the Nations.


Abarbanel, in his commentary on our haftara from Sefer Micha, makes another observation about these events. Israel, at the time they are transpiring, has no idea of what is going on nor how Hashem has saved them from their enemies. Abarbanel explains that Bil’am was noted for his ability to sense inauspicious or unfavorable times and to use that knowledge to overthrow the mighty. He could anticipate the cosmic or spiritual forces that would be disadvantageous for his target and they would thus be overcome by misfortune.

When Bil’am seeks to use this power against Israel, it fails him. How can I curse, says Bil’am, that which G-d did not curse? What rage can I bring against those whom Hashem will not rage against? (Bamidbar 23:8). Israel never even sensed the danger, but Hashem blocked, by His ultimate supernatural power, the supernatural powers of Bil’am.

In the shortest chapter of Tehillim (Psalm 117), David HaMelech says that all the nations will praise Hashem. Naturally, we wonder: Why will the nations praise Hashem? The next verse tells us that His kindness towards us has overcome all obstacles. This echoes the verse from our haftara that references Bil’am, “So you may know the righteous deeds of Hashem.” (Micha 6:5). The Bnei Yissaschar teaches that the nations will praise Hashem because only they know of all their nefarious plots against the People of Israel and how they have been thwarted.

Abarbanel says the navi Micha has come to teach us by a simple allusion to the story of Bil’am that we don’t even know all of the ways in which Hashem is acting for us behind the scenes. We see that even as His hand is hidden and events seem to be following their natural course, our enemies cannot even realize their plots against us. Just as Hashem revoked from Bil’am the power to curse when he attempted to use it against Israel, so does He perform hidden miracles every day to save us from our enemies. 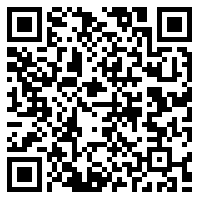