It is no coincidence that Parshas Mattos is always read during the “Three Weeks” as it relates the halachos pertaining to Arei Miklat – cities of refuge. These cities were set up as places to where an accidental murderer could flee when the relatives of the deceased wanted to avenge his or her death. What is the connection to the Three Weeks? The Mishna in the beginning of Makkos 2A explains that these cities of refuge are really a punishment of galus – exile for the accidental murderer who is banished from his home for his crime. This is the very same situation we find ourselves in – galus, banished from Eretz HaKodesh due to our sins.

Our challenge today, when we are free to practice our religion without persecution, is to feel that we are indeed in galus. Unfortunately, this year as many others, Hashem has sent us a tragic reminder of how deeply entrenched in galus we actually are.


The first time that Rav Mordechai Gifter zt”l, late Rosh Yeshiva of Telshe, visited Eretz Yisrael, he went to various mekomos hakedoshim. Rav Yerachmiel Chasid, a former maggid shiur at the Mir, asked him, “Where did the Rosh Yeshiva feel more emotional, at Kever Rachel or at the Kosel?” Rav Gifter responded, “The Kosel.”   Hearing this, Rav Chasid asked Rav Gifter to explain why most people react differently, feeling more emotional at Kever Rochel. Rav Gifter explained. “People relate to Kever Rachel because they relate to a mother crying for her children.  The Beis HaMikdash, on the other hand, is foreign to them.  I saw what was before the Holocaust – all the great yeshivos and Gedolei Yisrael. I see what we have now after the Holocaust – the incredible destruction.   That’s why I relate to the Beis HaMikdash more.”

As we approach the period of “Bein Hamitzarim,” we start to feel more restricted – we can’t take haircuts, shave or listen to music. The closer we get to Tisha B’Av, the more restrictive the laws become – no bathing, swimming, eating, laundering or eating meat.

Those who lived through the Holocaust, at least, have some connection to the Churban of Klal Yisroel on a national level.  Our generation can’t even relate to that.  We know it intellectually, but we do not feel the loss of the Beis HaMikdash on an emotional level. It’s not in our kishkes.   This is precisely why we dread the Three Weeks.

So…how do we begin to relate?

There is the famous elucidation of Rav Chaim Volozhin, who explains that when Hashem instructed Moshe to construct the Mishkan, Hashem said, “Vshachanti B’sochom –and I shall dwell in them.” Why does it say “in them” rather than “in it” – b’socha? Rav Chaim explains that the Mishkan, and later on the Beis HaMikdash, is merely a reflection of the degree to which Hashem is dwelling in each and every Jew.  Every Jew is a mishkan and the Beis HaMikdash was simply a barometer of how close every Jew felt to Hashem.

This is our connection to the loss of what we never experienced.  We need, somehow, to reach into ourselves to recognize what’s missing. How close do we feel to Hashem? Where is our relationship with Hashem? Perhaps, just perhaps, we can relate to this: whenever we feel distant from Hashem, that is the Churban.

Chazal refer to this period of time as “Bein Hamitzarim” – between the straits. This terminology is taken from a pasuk in Megillas Eicha, “Kol rodfeiah hisiguah bein hamitzarim – All her pursuers overtook her in dire straits.”  Mitzarim also means boundaries and alludes to the fasts of the 17th of Tammuz and 9th of Av. The simple understanding of this verse is negative: it’s a good time for our enemies to be successful.  The seforim hakedoshim, however, have an entirely different understanding: all her pursuers, all those who pursue a relationship with Hashem specifically during this time period, will be successful! Indeed, Bein Hamitzarim is an opportune time to grow incredibly close to Hashem. 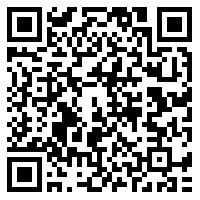