Last time R. Francis Nataf shared this space with me, I pointed out the freedom of yovel allows Jews to return to ancestral lands and reunite with family, as opposed to the undefined freedom many of us might assume. Parshat Bamidbar gives us another example of the multiple memberships we were expected to have, where we built our individuality within a larger framework, this time in ways I think also teach a lesson about Torah study.

The parsha opens with Hashem telling Moshe to take a census of the Jewish people with Aharon and the leaders of the tribes, and then gives the results of the census, by tribe. Within each tribe, the Torah tells us each time, the people were arranged by families and batei av, patriarchal clans.

The importance of tribal affiliation extends to an idea in a Mishnah in the first chapter of Sanhedrin, which says only the Great Sanhedrin of seventy-one could appoint a Sanhedrin (of twenty-three) for the tribes. I do not know of sources which define the exact role of these tribal courts. Rashi almost seems to leave them out, because he reads the Mishnah as meaning the Great Sanhedrin appointed city courts, for any place with over 120 people.

Rambam, too, leaves tribal courts out of crucial paragraphs. Laws of Rebellious Ones 1;4 codifies a baraita from Sanhedrin 88b, in the name of R. Yose. For R. Yose (and Rambam), Torah was meant to be unitary, and lingering disagreements about the correct ideas and laws developed only because students failed to work hard enough to absorb their teachers’ words.

In the same section, R. Yose laid out the process for finding answers when problems arose. People would go to their local courts, and from there to the Jerusalem courts. He omits the tribal courts, as did Rambam when he recorded this view.

In a non-juridical context, Rambam also showed an unforced interest in tribes’ separateness. Avot 5;4 says ten miracles were performed for our forefathers at the Sea, and Rambam chooses to list the ten (a choice, because he introduced his Commentary to Avot with the warning he would explain only the major ideas, not each Mishnah). Among them, he says the Sea split into multiple lanes, one for each tribe.

He both cares about tribes and doesn’t. The varying indications suggest to me Rambam saw tribes as separate units within the Jewish people, each with a character of its own (as also shown by Moshe Rabbenu blessing the Jewish people by tribes at the end of his life). At the same time, he thought we were supposed to have a unity of the people and of the Torah.

We put the two together, I suggest, by considering when unity matters and when the nation can tolerate or appreciate diversity. Within Torah as well, I wonder whether there might be areas where unity is essential and required—particularly in terms of specific traditions from Sinai or legal decisions which affect the ability to see the Torah as shared by all Jews—and areas where tribal variation was no tragedy.

Whatever the answers, watching the Jews spend forty years traveling by families, patriarchal clans, and tribes, the same units which governed the division of the Land (as we discussed last time, when yovel reset it), we can remember (for the last time I intend to beat this horse in this space), Jews have multiple identities, ideally harmoniously combined.

We are individuals, family members, parts of clans, and parts of tribes. It is in assimilating all those selves into one whole that we make our best selves, and would have stridden confidently towards Israel, as our forefathers did in the groups laid out in this week’s parsha. 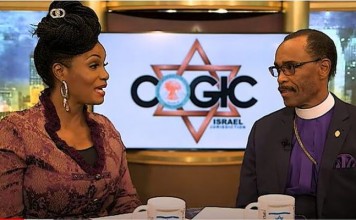 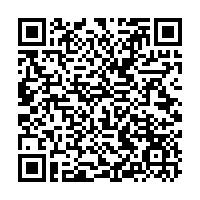