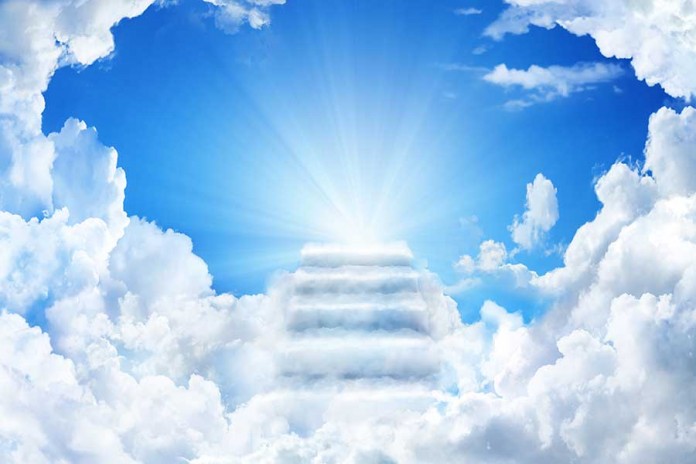 Whereas the word Vayishlach in the first pasuk makes it sound like the initiative to go to Charan came from Yitzchak, the word Vayetzeh sounds like the initiative came from Yaakov. Furthermore, although the place to where Yitzchak is sending him and to where Yaakov is going is one and the same, when Yitzchak sends him there it is called Padan Aram, and when Yaakov goes there it is called Charan.

In fact, Yaakov left Be’er Sheva twice. The first time he left, it was to go to a place which, so his father had told him, was inhabited by honest and trusting people. The word Padan means “tzemed bakar” (Rashi to 25:20), a team that pulls together in one direction. Yaakov the Ish Tam, the trusting person, who has been educated in honesty by Yitzchak and by the yeshiva of Shem, is going to a place where he is told that people are honest and trust each other.

However, he arrives at a place where he sees that people do not trust each other. They have to block wells with heavy stones, so that nobody will steal water and they can only draw water under public supervision (29:2-3). This is not the Padan Aram he anticipated. It is more like Charan, (“charon af shel Makom,” Rashi, Bereishis 11:32), an angry place where people do not trust each other. Besides, he is going to Lavan, a person who also cannot be trusted, who has a reputation for being shrewd.

Yaakov feels unequipped to navigate such a place and deal with such people. He knows “Im navar, tisbarar” (Tehillim 18:27), how to deal honestly with honest people, but he does not know “im ikeish tispatal,” how to deal shrewdly with dishonest people.

So, he leaves Padan Aram and goes back to the yeshiva, where this time he takes a 14-year course from Eiver on how to deal with dishonest people. Only after graduating in the art of deception does he feel equipped to go to Charan and tackle Lavan.

Yaakov is now so confident in his newly acquired ability to protect himself from the scammers of the world, that he feels that he doesn’t need G-d’s help. So he heads straight for the web of deception in Charan. Something makes him pause, however. “Is it possible that I traveled past Mount Moriah in Jerusalem, where my grandfather prayed, and I didn’t pause there to pray there too?” (Chullin 91b).

So Yaakov leaves Charan and heads back to Mount Moriah. He reaches a place called Luz, between Charan and Jerusalem, and a miraculous thing happens. Mount Moriah comes to meet him there. And he has a dream about the importance of prayer. He dreams of a ladder, with its bottom rung standing in Be’er Sheva, its middle rung facing Mount Moriah and its top rung reaching the heavens. Angels are ascending and descending the ladder. The rungs of the ladder symbolize words of prayer carried by the angels to the heavens above. The angels then descend with the prayers fulfilled.

Yaakov awakens from his dream and exclaims “Ma nora hamakom hazeh!” – how holy is this place (28:17). And although this place is Luz, a secular center of commerce and business, it has suddenly become holy. He renames it Beit Kel, the house of G-d. One does not actually have to be in Jerusalem to pray. One can be anywhere. It is the tefillah that makes the place holy and converts it into the House of G-d.

After exclaiming Ma nora hamakom hazeh, Yaakov asks G-d for the physical things he needs, protection on his journey, bread to eat, clothes to wear and peace in life. We too do the same. We do not present G-d with our physical wish list until we have acknowledged that G-d is awesome: “Atah kadosh” in Shemoneh Esrei. The peace that Yaakov is praying for only comes if one is content with the basics in life, bread to eat and clothes to wear.

Yaakov then does the three things that have the power to prevent misfortune in his life. Teshuva: he retraced his steps and went back to Mount Moriah which he had previously ignored. Tefillah, even though he was well equipped to deal with Lavan independently, he appreciated that he could not do it alone and he prayed to G-d for help. Tzedakah: he promised G-d that as soon as he would have the means, he would give a tenth of his wealth to charity.

In our Rosh Hashana machzorim, the words “tzom,” “kol,” “mamon” (fasting, voice, and money) are inserted above each of the words teshuvah, tefillah and tzedakah. We achieve repentance through fasting, praying and giving charity. The numerical value of each of these words is 130, equal to the numerical value of ladder (tzulam) which also equals 130.

Leah’s eyes were red with weeping, while Rachel’s eyes were bright. Leah was the mother of Judah and the ancestor of David, the rulers, and kings of Israel. Their task was to worry about the welfare of the people, to identify with their sorrows and cry with them. Furthermore, Leah knew that she was not the natural partner for Yaakov; Rachel was. So she had to beseech G-d with prayers and tears that she would not become the wife of Eisav. Rachel’s eyes were bright, because she was the mother of Benjamin in whose land the temple would be built from where the light of G-d’s holy presence would shine forth. She also knew she was destined to marry Yaakov and so she did not have to pray for it like Leah did.

Leah’s fourth child is named Yehuda which comes from the word lehodos. Yehuda was a gift because Leah, being one of Yaakov’s four wives, should only have given birth to three out of Yaakov’s twelve children. Leah acknowledges the gift of an extra child by calling him Yehuda. Sovereignty was therefore given to the tribe of Judah and ultimately to King David who understood that he had no claim to be king but that it was a gift from G-d for which he was eternally grateful. He wrote the book of gratitude to G-d, the sefer Tehillim.

We are told (30:43( that once Yaakov went into partnership with Lavan, he became exceedingly wealthy, “vayehi lo tzon rabos.” Right after that, we hear that the sons of Lavan became envious of Yaakov and rather than thanking him for making their father prosperous, they criticized him for taking his rightful percentage in the successful partnership. The word riv (quarrel) comes from the word rav (much, wealth). Often, wealth leads to quarrels.

After Yaakov prospers, he no longer dreams about ladders ascending to heaven and angels carrying his prayers to G-d. He dreams about wealth (31:12). And the angel interrupts his dream and tells him, “Ra’isi es kol asher Lavan oseh lach,” I can see how Lavan has influenced you. “Atah, kum, tzei min ha’aretz hazos, v’shuv el eretz molad’techa.” It is high time for you to return to the values of Yitzchak.

Indeed, Yaakov himself later admits (32:5) “Im Lavan garti, va’eichar ad atah,” I tarried too long in the house of Lavan, until the time when the angel had to tell me: “Atah, kum, tzei….”