Upon his departure from Be’er Sheva to Charan, Yaakov greatly feared that living among the nations could leave him vulnerable to the snare of the evil inclination. He had always eschewed the excesses of life – satisfied with the barest minimums – and he did not want to succumb to, or emulate, the indulgences of the pagans and idol worshippers. He prayed to Hashem and vowed that if Hashem would “give him bread to eat and clothes to wear” and guard him from all negative influences, he then would be faithful to Hashem. Yaakov Avinu’s vow at a time of distress is instructional for future generations that at such times one should take upon himself a kabbalah (resolution) in the area of mitzvos or improvement of personal middos. In recent years, when the Jewish community in Eretz Yisrael faced danger, the great Gaon R’ Aharon Leib Shteinman suggested that people should accept Shabbos – i.e., light candles – a few minutes earlier. Other similar proclamations were enacted by sages throughout the centuries when the Jewish nation faced adversity.

The connotation of Yaakov’s request for “bread to eat” was that he should not desire or crave extravagant foods. Rather, he should receive a measured amount of food essential for one’s existence. Likewise, he merely requested garments to respectably clothe his body, and not ostentatious extravagant apparel. Yaakov did not want to be swayed by the ways of Lavan; he longed to return to his father’s house in peace, free from sin. Yaakov intuited that it was crucial to set boundaries in his life, even restricting his food, drink and clothing, in order not to transgress the Ten Commandments or lose his faith in Hashem.

The Shefa Chaim notes that Yaakov’s philosophy does not merely allude to refraining from gluttony and flamboyance, but also suggests that one should not squander his money on lavishness and luxuriance. We learn in the Talmud that one should be judicious with the money with which Hashem blesses him, to the extent that if one spends more money than necessary for food, he could possibly transgress baal tashchis (not wasting). One is permitted to enjoy that which he needs for his sustenance, but his budget should be allocated for mitzvos and good deeds. The Shulchan Aruch (Orach Chaim 171) writes at length about reverence for food. It is explained in the Talmud (Taanis) that one must be careful not to waste food that is fitting for human consumption by allocating it for his animals. We also learn (Eruvin 64b) if a person sees food lying on the ground he must stop and pick it up.

It is told that if even a grain of salt inadvertently fell on the table, the great tzaddik R’ Yechezkel of Shinyev was scrupulous to put it back in the dish. He felt that discarding the salt was a display of disrespect for food.

After the Second World War, the Klausenberg Rebbe was deeply committed to healing his broken people. He did his best to provide for their needs, created a network of social services and educational opportunities for the survivors, and extended words of inspiration and encouragement to every Jew he encountered. He had one set of clothing he wore all week, along with tattered military boots that he had found. He rejected the many who offered to give him a new pair of shoes. Only when all the survivors would have a new pair, would he take a pair too, he said. Finally, a devoted follower of the Klausenberg Rebbe, R’ Moshe Eliezer Einhorn, was able to access his funds, and he had an artisan shoemaker in Munich make up a collection of shoes. Before dawn one morning, R’ Moshe Eliezer went into the Rebbe’s room and replaced his torn boots with a new pair of shoes. When the Rebbe awoke, he was chagrined to find that his boots had been taken; he had no choice, however, but to put on the new pair.

A prosperous businessman in Mevaseret Tzion was suing a small-time merchant for a huge sum of money he claimed he had lost because of the merchant’s negligence. Although the merchant knew he was innocent, he did not believe he could stand up to the high-class lawyers who would be arguing the case in court.

Months before his court case, in his hour of need, the merchant turned to Hashem. Aware that he was asking for a miracle from Him, the merchant decided to offer Hashem a “supernatural” gift from himself. He resolved that when the birchos hashachar were recited in shul in the morning, he would respond amen to each bracha. He would then find someone to respond amen when he himself recited the birchos hashachar.

When the day of the court hearing arrived, the merchant rose early in the morning and davened in a shul near the courthouse in order to ensure that he arrived in court on time. He responded amen to the birchos hashachar when they were recited, but he could not find anyone who would say amen to his own brachos. Finally, he turned to a distinguished looking person seated nearby and humbly asked him if he could please be so kind as to respond amen to his birchos hashachar. When he received a strange look, the merchant explained that he had made this kabbalah a few months ago in order to be successful in an upcoming court case. The stranger agreed to his request.

At the conclusion of the morning prayers, the merchant went to the courthouse. Imagine his shock when he saw that the presiding judge was none other than the gentleman who had answered amen to his brachos a little earlier that morning.

Indeed, it was a fortuitous kabbalah, and the merchant was completely cleared. He was never quite sure whether it was the amen of the judge or his observance of the humility and honesty of the petitioner who asked for his amen that resulted in the favorable judgment. 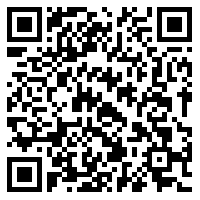