People who find it difficult to learn or despair of ever becoming proficient in Torah may believe Shavuos isn’t for them – that it’s exclusively for talmidei chachamim or those who have a strong connection to the Torah.

The Be’er HaChaim argues that such thinking is improper. Every Jew, without exception, has a direct connection to Torah, he said. To make his point, he cited the Medrash Shir HaShirim, which states that the night before Mattan Torah, the Jewish people slept so soundly that Hashem was forced to wake them up in the morning. How could such spiritually elevated people sleep in on the day of Mattan Torah? Commentaries explain that Hashem wanted them to accidentally sleep in to teach future generations a very important lesson:


Although they had overslept, that didn’t prevent them from accepting the Torah that very same day. In life, a person should never give up or despair; he should strengthen himself and accept the Torah anew with love. The Arugas HaBosem writes that just as the Jewish nation were roused at that time to hurriedly prepare for the Revelation at Har Sinai, we can likewise run towards Hashem and accept the Torah at any time, amid our daily challenges and uncertainties.

In discussing why we include an egg on the Seder plate, the Rema notes that an egg is not the end-product; a baby bird is. Pesach is the beginning of a process, the first rung on a spiritual ladder that leads to Shavuos, when we accept the Torah. Rav Biderman points out that eating – even seeing – chametz, which is compared to the Evil Inclination, is strictly forbidden on Pesach. On Shavuos, however, there is no such prohibition. In fact, we bring the Shtei HaLechem (Two Loaves) as an offering in the Temple on this day.

The Talmud (Shabbos 88b) relates that when Moshe Rabbeinu ascended to Heaven, the angels protested before Hashem. “How can this human being be among us?” they asked.

“He came to receive the Torah,” Hashem answered.

The angels asked, “You are going to give away the secret treasure You have hidden for 974 generations before the world was created?”

“Respond to them,” Hashem said to Moshe.

Upon hearing these arguments, the angels conceded to Moshe Rabbeinu.

But why didn’t Moshe Rabbeinu defend the honor of the Jewish nation and explain that they are more worthy of receiving the Torah than the angels? After all, Bnei Yisrael are the children of Avraham, Yitzchak, and Yaakov, and therefore, unlike angels, have zechus avos.

Moshe didn’t so because he wanted to focus on another fact – that angels don’t possess a yetzer hara. He wanted to emphasize that human beings experience difficulties and trials throughout life and need encouragement and support, in the form of the Torah, to be able to overcome them.

The Maharal cites this story and writes that chametz is the Evil Inclination which expends every effort to sway individuals to transgress the will of their Master. That’s why the offering of the Shtei HaLechem is brought on Shavuos. It’s meant to inspire and encourage us in our daily battle with the yetzer hara not to give up or despair because it is actually in the merit of our struggle with the Evil Inclination that we are worthy of accepting the Torah.

A number of decades ago, there lived a yeshiva student who was unable to grasp almost anything he was taught. If he finally did understand something after much effort and exertion, he usually forgot it almost immediately afterward.

His compassionate friends undertook to teach him some basics, like reading Hebrew and the parsha. Eventually, by the time he was 18, he had reached the point where he could study a little Mishnah. However, he was dispirited and unhappy because he had not accomplished much in his Torah learning while his classmates had all progressed to advanced Talmud study.

Seeing his despondent state, his friends took him to the great Steipler Rav. When the Steipler saw him from a distance, he called out, “I promise you – and I am prepared to swear to you – that when you overcome all your difficulties and sit down to learn the holy Torah, Hashem announces to His Heavenly Court, ‘Silence! I want you to hear the learning of my son, so-and-so, who is successful in his learning despite his tremendous weakness and hardships.'” 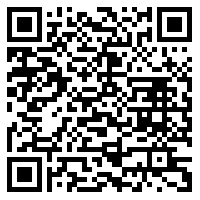