“Until when will you refuse to be humbled before Me? Send out My people that they may serve Me” (Shemos 10:3).

Two verses earlier, the Torah tells us that Hashem hardened the heart of Pharaoh. How, then, could he be expected to humble himself now before Hashem?


The Medrash Rabbah (22) states that when Adam encountered Kayin after he killed Hevel, he asked him, “What happened with your verdict?” Kayin replied, “I did teshuvah and a compromise [with Hashem] was reached.” Adam responded, “I didn’t realize the power of teshuvah!”

The Zohar states that certain egregious sins have no atonement. R’ Yechiel Dancyger, the Aleksander Rebbe, however, explains that the Zohar merely means that an individual who commits certain sins no longer merits divine assistance to do teshuvah, and it’s therefore exceptionally difficult for him to defeat his yetzer hara. Hashem, however, will still offer the person a concession if he humbles himself and shows sincere remorse. No matter how far a person has strayed from the true path, he should never despair.

Pharaoh was evil and defiant, so Hashem punished him and his heart was hardened. He no longer merited divine assistance, a benefit he desperately needed. If he would have been penitent, though, he could have achieved forgiveness. And if that’s true for Pharaoh, certainly it’s true of any Jew regardless of the gravity of his sin or how low he has fallen. As we say in our prayers, “Hashem extends a hand to those who sin.”

Our sages tell us (Yoma 38b), “If one comes to purify himself, he is assisted.” The Klausenberger Rebbe points out that the Talmud uses the word “comes” to indicate that a person must merely take a few steps forward to come closer to Hashem and he will merit to be purified. In fact, receiving divine assistance to do teshuvah is a definitive proof from Heaven that his motives are sincere. And not only does heaven assist him personally, but he is imbued with added divine assistance so he can sway others to do teshuvah as well, says the Klausenberger Rebbe.

The medrash states that teshuvah is so great that it preceded the creation of the world. The Be’er HaMayim notes that even Bilaam realized that his only means of avoiding punishment was teshuvah. He therefore said, “I sinned” (Bamidbar 22:34) and was saved from the angel.

The Talmud teaches (Yoma 86a), “Great is teshuvah that reaches the heavenly throne.” Rabbeinu Chananel explains that teshuvah helps atone even for those sins that reach the heavenly throne – meaning, even if a person brought evil into the world, teshuvah will annul his sins. Of course, one main component of teshuvah is sincere remorse and penitence.

Teshuvah is difficult when it means changing one’s middos. One year, a devoted chassid of the great R’ Dovid Tzvi Shlomo, the Lelover Rebbe, brought mishloach manos to his Rebbe on Purim. The chassid was known to be hot-tempered, and when the Rebbe saw his mishloach manos, he refused to accept it. He told the chassid he would only take it if the chassid promised to control his temper.

The chassid was hesitant and replied that he could not promise to vanquish his rage, but he would certainly make every effort to do so. The Rebbe refused to accept this compromise and explained to the chassid that he would only accept the mishloach manos if he explicitly promised not to get angry anymore.

The chassid left deeply pained because he couldn’t make the promise the Rebbe demanded. All day he was acutely distressed and, finally before sunset on Purim, he returned to the home of the Lelover Rebbe. He angrily placed his mishloach manos on the table and loudly proclaimed, “May it be the will of Hashem that this rage that I have right now will be the last I ever have.”

Indeed, from that day on, he never again lost his temper and was soft as a reed, amicable and pleasant to everyone.

The elders of Yerushalayim, who were supported by this individual, testified that one would never have believed that he had been such an ill-tempered person. He was always forbearing and agreeable. Indeed, his transformation teaches us the power of teshuvah. It can even cause a person to change his nature. 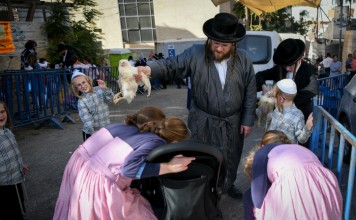 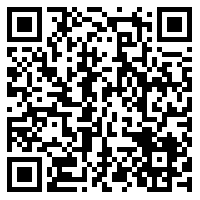