Last week I shared a tragic letter of family disintegration. What could have been a most beautiful mishpachah was torn asunder by one son and his wife who decided to sever all relationships with their siblings. Despite all the efforts on the part of the parents and the siblings, this son and his spouse refused to be reconciled. When simchas came – births, bar mitzvahs, weddings – the parents were invited but never the siblings. To add insult to injury, the parents were treated disrespectfully on all of these occasions.

Over the years the gap only widened. The cousins did not know one another and the family feud, for which no one could really find an explanation, festered and poisoned the atmosphere. The immediate problem that prompted the letter was an upcoming simcha to which, as usual, the parents were invited but not the rest of the family. The parents wanted to know whether they should attend or finally put a stop to this shameful state of affairs by declining – and whether, if they decided not to go, they should state the reason or make up some excuse. The following is my response.

When our holy Temple was destroyed and our people taken in chains into the darkness of exile, Jews asked themselves, “Why did such a tragic fate befall us?”

The answer is well known: sinas chinam – hatred between Jew and Jew. It was hatred that brought on this horrific calamity, and it is hatred that continues to consume us to this day. But as much as we know this, we have yet to absorb this simple truth and apply it to our lives. Sadly, we have become so conditioned to this venom that we no longer know how to identify it. We view it as “normal” rather than abominable. It doesn’t even occur to us that it must be expunged from our minds and hearts.

Our First Temple was destroyed because of three cardinal sins: idol worship, murder, and adultery, but after seventy years of Babylonian exile the Almighty forgave us and returned us to our Holy Land. Our present exile however, is almost 2,000 years old and we have yet to be redeemed; we have yet to shake off the shackles that keep us chained in jealousy, animosity and, yes, hatred. In Israel and in all the lands of our dispersion the germ continues to fester and infect us with its deadly venom.

I will never forget the words of my saintly father, HaRav HaGaon HaTzaddik Avraham HaLevi Jungreis, zt”l, after our liberation from Bergen Belsen. With tears streaming down his holy face he said, “Noch azoy ah churbon men darf kushen un lieb huben yeden Yid” – “After such a cataclysmic conflagration, we have to kiss and embrace with love every Jew.”

Every Kol Nidre night, before commencing the sacred prayers, my father would weep and plead for parents and children, brothers and sisters, to reconcile and make peace.

Alas, it hasn’t happened. Even the Satanic horror of the Holocaust has failed to wake us. So the question raised by your letter remains: What to do?

Before addressing your dilemma, I must tell you that I write with pain. There is nothing as agonizing for parents as to see walls of hatred separating their children. May Hashem have mercy on us all.

Do we have an example that could shed light on your dilemma? The answer, tragically, is yes. Even as your son and his wife refuse to allow their siblings to come to their simcha, so it was in the days of the Second Temple in the shameful story of Kamtza and Bar Kamtza, when one Jew ejected another from his celebration in Jerusalem. Our Heavenly Father, Who desires to see all His sons and daughters living in harmony, does not countenance acrimony and hatred among His children. Despite the meticulous religious observance of the generation of the Second Temple, our Father’s fury raged and He set His House and the entire city afire and cast us all into exile.

Time and again we find examples in our holy books where Hashem shows His abhorrence of this heinous divide between Jew and Jew. But no matter the amount of pain or suffering that befalls us, we continue on our suicidal path.

The answer to your question is obvious. You cannot be party to this abomination. Silence is consent. You must raise your voices and speak out. But be careful that you don’t do so with rancor, abuse, or insult. Disparagement can only provoke further disparagement. So as difficult as it may be, make every effort to speak with patience and kindness. The formula you should bear in mind is “sad but not mad.”

But you cannot compromise – you cannot be tolerant of hatred between your children. This curse is poisoning your family and it must come to an end. Should your son and daughter-in-law continue to refuse to listen to reason, don’t give up. Try to reach them again and again. Knock on every door, but do not compromise on your demand to renounce hatred.

Obviously there are no guarantees, but I will tell you I had a great-great uncle who was a saintly sage and once counseled an obstinate man who refused to make peace. He talked his heart out to him, to no avail.

Some of his chassidim asked, “Why does the Rebbe expend his energy, his precious time, on this obnoxious person?” To which the Rebbe, my uncle, replied: “He may not listen today, he may not listen tomorrow, or even the day after, but eventually he will remember my words. We have a teaching, ‘Words that emanate from the heart must enter another’s heart.’ ”

May we behold the fulfillment of the prophecy of Malachi – which foretells the coming of Elijah, who will unite the hearts of parents and children – speedily in our day. 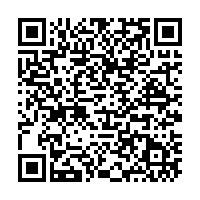