Some years ago I was invited to speak at a secular high school for exceptionally bright students. The student body was mostly non-Jewish. Since I am a Holocaust survivor, they asked that I address that subject. After my presentation the principal asked if I would agree to a Q & A session. “By all means,” I answered.

The first student at the microphone asked a question that I sensed was on the minds of many there. “Where was G-d?” he asked. “How can you keep your faith?”

“You asked me a question and I will respond with a question of my own. Where was man? And I do not refer only to the satanic Nazis but to all the nations that were complicit in this unspeakable evil.

“As far as faith goes, in what and in whom could I have placed my faith? In twentieth-century enlightenment, education, culture, science? I saw university graduates use their scientific know-how to create gas chambers where millions of lives were snuffed out. I saw doctors maim, torture, and kill. I will simply ask once again, ‘Where was man – where was modern Western civilization?’

“Whenever I seek answers I turn to the pages of our Torah, for everything is to be found within it. I invite you to meet the very first family who lived on this planet. Adam and Eve had two sons, Cain and Abel. They lived in paradise. No one had to go to work. The climate was perfect – not too hot, not too cold. There was no illness and no death. G-d intended for man to live forever, but then man debased himself. He became corrupt and evil.

“Cain and Abel made a deal. ‘Let’s divide the world between us,’ they said. And so they did. Livestock was to belong to Abel, real estate to Cain. But no sooner had Cain received his portion than he said to Abel, ‘The land is mine, get off it.’ And with that he killed his brother. G-d asked Cain, ‘Where is your brother Abel?’ To which he responded, ‘Am I my brother’s keeper?’

To this day Cain’s question echoes in the wind. Man plunders, kills, rapes – but instead of accepting accountability for his heinous deeds he shifts the blame to G-d and asks with audacity, ‘Am I my brother’s keeper?’

“Thousands of years have passed and man has yet to respond, ‘Yes G-d, I am my brother’s keeper. Forgive me. It was all my fault. I take responsibility. Almighty G-d, give me another chance. Allow me to try again.’

“The question ‘Am I my brother’s keeper?’ means, in essence, ‘You, G-d, created the world; You, G-d, are in charge. Why did You allow this to happen? Where were You? How can I believe in You if You allowed this monstrous atrocity to occur?’

“Has anything changed in thousands of years? Yes, things have changed. Cain killed his brother with his hands or a primitive instrument but today modern man has harnessed his scientific brilliance to create hell on earth. The way of the first murderer Cain has become the reality by which modern man justifies his abominable deeds.”

Where was G-d? Let us understand once and for all that G-d is not a puppeteer and we are not puppets. We have choices; that is what separates us from the animals.

That choice is the challenge to every generation. The Torah speaks for all time. When will man choose good over evil, blessings over curses? Is it possible that that day will ever come? Of course it is.

There is a spark in the hearts all men and I believe that one day that spark will burst forth into glorious light and banish all evil – and the world will know that “G-d is One, His Name is One.”

May that day soon come speedily in our time. 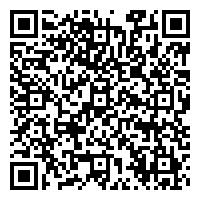