Special Note: When I wrote my most recent book, I weighed and considered what the most appropriate title should be, and although I examined many options, the title that kept repeating in my mind was “Life Is A Test.” The reason for this was two-fold – first and foremost, because that is the metaphor through which our Torah itself describes life: “V’Elokim nissa et Avraham . . .” – “And Hashemtested Avraham . . .”, and secondly, because ours is a generation which is being severely tested. Indeed, the passage from our Torah, “Ain bayis sh’ain shom mase . . .” – “There was no home that was not afflicted . . .” is only too applicable to us today.

Now you might of course argue, and rightly so, that all our generations have undergone their tests – that “there is nothing new under the sun,” and our nation was conceived in the crucible of suffering.  While all that is true, our generation is nevertheless different, for we are spiritually fragile. We have precious little stamina or fortitude to withstand the many trials and tribulations with which we are constantly challenged.
On Thursday evenings following my classes at the Hineni Heritage Center, I see people in my office. Most carry heavy burdens, and I usually do not get home before two or three a.m. Additionally, I receive countless e-mails and letters daily which all testify to the difficulties people are experiencing just coping. I try to respond to all of them and pray that Hashem allows me to be of help.
Once in a while however, I receive a letter that testifies to the indomitable power of faith . . . a letter that is so inspiring that it infuses others with strength and awe. Yes, awe at the human spirit which, through faith, kindness and love, can soar to the heights of angels. Such is the letter that I now share with you, written by one of my dear Torah students whose husband is suffering from a most devastating illness. I asked her permission to share her words and her beautiful, heartfelt response was: “If you think, Rebbetzin, that what I wrote could help even one person, then of course.”
Read her words carefully, and the next time you want to complain about the challenges with which you are tested, just remember them – or better still, keep it with you and read it again and again.

3 Shevat 5768
Dearest Rebbetzin – My Torah Ima:
May Hashem Bless You Always. You have given us so much. There are no words to express my gratitude – I will try.
Thank you for helping me to become “a player” instead of a “fan.” That phrase resounded so deeply within me that I was no longer able to sit in front of you week after week as an anonymous Jew without seriously taking steps to a more “Committed Life.”
My journey started slowly by taking on the mitzvah of lighting Shabbos candles. Little did I know then that it mattered what time they were lit. It was good enough to light them and then go out to dinner or a movie. Today we light our candles on time with the children (all adults) and we bless them, say Kiddush, wash, uncover the challahs and Hamotzi is recited. Shabbos is ushered into our home and into our lives and it is the best day of the week – the day I look forward to more than any other day – the only exceptions are those days that I see you and learn Torah.
It took a little longer to kasher our kitchen, but today we have a kosher home, thank G‑d.
Advertisement


I wrote this poem yesterday after a few long and trying days at the hospital with _________. I hope you know what a tremendous impact you have had on our lives.

I Learned What I Did Not Know:

I learned that I could change a trach and work a vent.

I learned that I could feed him through a tube in his stomach.

I learned that I could suction him so he didn’t feel as though he was drowning.

I learned that I could empty his catheter.

I learned that I could give him a shot of insulin.

I learned that it’s hard to watch his physical body wither away while his soul soars.

I learned that it’s a blessing to change a soiled sheet.

I learned that I could stay up all might holding his hand while reciting Tehillim in his ear.

I learned that G‑d has His reasons and they may never be known to us but that I have complete faith in Him.

I learned to reach out and accept the abundant kindness from my Hineni family.

I learned that chesed is letting him cry and crying with him.

I learned that we could have a dialogue without speaking.

I learned the true meaning of giving anonymously.

I learned that you can smell death or savor life.

I learned that Hashem loves us so much that He has given us this special gift.

I learned that I could delay saying Shemoneh Esrei today because sharing his pain and giving him hope was more important at that moment.

I learned that there is joy even in suffering if you trust G‑d.

I learned that everything in my life is a gift from Hashem.

I learned that I am learning and growing and that is what I didn’t know.

For everything I’ve learned I’m so grateful to you Rebbetzin – my Torah Ima.

I love you so much. 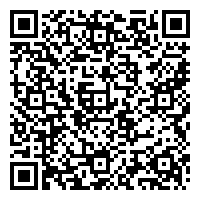