A few weeks ago I spoke at a Shabbaton for frum divorced men and women. Consequently I shared with readers my impressions of that meaningful weekend.

I speak almost daily at synagogues, organizations and universities (and of course our Hineni organization, where I teach regularly ) but I hardly ever write about those speaking engagements. On this occasion not only did I write about it but I also published one of the many letters I received following that Shabbaton.


I chose to make an exception for this because I don’t think we are sufficiently aware of and sensitive to the suffering of divorced people.

It is very painful to have had a home and a spouse – only to see everything evaporate before your eyes. Your family, even though it was torn by hostility and acrimony, was still a family and now it’s gone.

Then there are the many legal and financial battles that are part of the divorce process. A divorce is almost never a simple, amicable agreement to separate.

The children now go one week to daddy, another week to mommy. The father may have a new wife or a woman he’s steadily dating and the mother may have remarried or is regularly seeing someone.

And when children get older and are ready to look for a shidduch, recommendations will always be punctuated by the cutting words “Parents are divorced” – a red flag to many.

One can sigh with relief when the divorce is finalized but the heart is full and it aches with pain. Yes, there were conflicts. Yes, there was a cold war that made for a frigid atmosphere in the home. But loneliness is a very difficult thing to bear.

Hopefully, divorcees have good friends and loving parents and siblings who are there to sustain and help. Just the same, the loneliness lingers like a sinister shadow. No one can replace a husband or a wife.

There is a difference between becoming a widow or widower and becoming a divorcee. Those who have been widowed evoke compassion. We feel sympathy for them. We invite them for Shabbos. We reach out to their children. (To be sure, after a while things change; it’s old news and the widow or widower is left to fend for him or herself.)

But when it comes to divorce the empathy is not quite the same. There is no funeral or shiva, no shloshim to recall the life of the departed one.

Divorcees suffer differently. There is much gossip that is whispered. People take sides. And who’s to say which side is right? It’s like the following old story:

A man is suffering from the constant animosity that threatens to consume his home. He goes to the Rebbe and pours out his heart. “My wife is out of control. She shouts. She yells.”

The Rebbe nods his head sympathetically, signaling his understanding and gives him a blessing.

An hour later the wife enters the Rebbe’s study. She weeps and tells her tale of woe. “My husband is mean and nasty. I cannot go on any longer.” Once again the Rebbe nods his head sympathetically and gives her a blessing as well.

To which the Rebbe sympathetically nods his head and says, “You are also right!”

It’s a sweet story but the message is deep. Every individual believes he or she is right.

Just the same, the pain and loneliness remains. Yet despite everything there’s still a desire to remarry and find that special soul mate who can heal those awful scars that keep bleeding in the heart.

This is why I focused on the Shabbaton for f rum divorcees. We are a nation that has been charged with taking responsibility for one another. We have a responsibility to extend a helping hand to those who dreamed of building a true Jewish home only to have it all implode.

How can we do this? By inviting divorcees with their children to our Shabbos table. By making them feel they are part of our extended family. By reaching out to the little boy who now has to go to shul by himself and becoming his “Shabbos daddy.” By asking the little girl whose mommy isn’t there to join your girls in their activities.

Pesach is around the corner. There are families with no place to be for the sedarim. Invite them to join you at your table and fulfill the opening prayer in the Haggadah – “Let everyone who is hungry come in and eat. Everyone who is in need come and join us.”

Let your children learn the meaning of hachnasas orchim, welcoming guests, which is one of the pillars of our Torah. My mother, Rebbetzin Miriam Jungreis, a”h, always had full pots. There was never a problem inviting yet another person to our table. We children could not imagine our table without guests and I raised my children the very same way.

This is our heritage from our father Abraham, whose tent was open on every side so all passersby could come in, eat, and be satisfied. Of course, he not only gave them physical shelter but imparted shelter for their souls as well. He taught them how to expand their neshamahs to reach higher and higher and breathe the air of faith.

Finally, there is something that can make all the difference when it comes to mending shattered hearts. We can become shadchanim. My saintly father, HaRav HaGaon HaTzaddik Avraham HaLevi Jungreis, z”tl, never left the house without his little “black book.”

“You never know,” he would say. “You might meet someone who’d be just right for this one or that one.” My father also came to my Hineni classes even when he was very sick and had difficulty moving. “Perhaps I can make a shidduch for someone. Perhaps I can give a berachah to help a person find their true basherte.”

Shouldn’t we do the same? 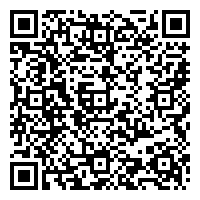