In last week’s column I began my response to the woman who wrote expressing her fears regarding the escalation of anti-Semitism and hatred of Israel throughout the world. I explained that our Sages and Prophets predicted it; they tell us that what we are witnessing today isikvesi d’Mashiach – a period in which we can hear the footsteps of the Messiah and experience the birth pangs that will precede the coming of that great day.

At the conclusion of the column I asked how long the labor will last, and how we can protect ourselves from the suffering that will accompany that period.


For that too, our sages have an answer. “Let he who wishes to be spared the birth pangs of Messiah occupy himself with Torah and gemilas chasadim (acts of loving-kindness) and let him be scrupulous about Seudah Shlishis – the third Sabbath meal.”

The first two recommendations – Torah and gemilas chasadim – are self-explanatory and do not require much elaboration, for he who is committed to Torah and mitzvos and to reaching out with loving-kindness must, of necessity, become a better, more spiritual person. But eating a third Sabbath meal is not as readily comprehensible.

We are enjoined to have three seudos on the Sabbath – Sabbath eve (Friday night), Sabbath noon (following prayer in the synagogue) and the third onein the late afternoon as the Sabbath queen prepares to depart. Through these three meals we honor the three Patriarchs, the three sections of our Scriptures (Torah, Prophets, and the Writings), and we recall the three Sabbath meals of manna G-d provided us with during our sojourn in the wilderness (Exodus 16:25).

The final Sabbath seudah is called Shalosh Seudos, which translated literally means three meals, rather than Seudah Shlishis,the third meal. Our sages explain the reason for this is that all three Sabbath seudos are embodied in this one.

This third meal presents a most auspicious time for prayer. To this day, when I close my eyes I can hear the sweet voice of my revered father and my beloved husband, of blessed memory, leading their congregations in singing Psalm 23, the psalm that is traditionally chanted at the Shalosh Seudos.

“The L-rd is my Shepherd, I shall not want…” The task of the shepherd is a lowly and lonely one. Day in and day out he is destined to wander from place to place seeking pasture for his flock, and yet David did not hesitate to refer to G-d as a shepherd, for he perceived that G-d’s love is so total, so encompassing, that when it come to caring for His children, nothing is beneath Him.

What a magnificent and fortifying thought – for no matter where life takes us, even if we have to walk in the treacherous valley overshadowed by death, we need not fear, for G-d our Shepherd will always be there to lead us to greener pastures, even if at first we do not recognize the pasture as being green.

Still, it is difficult to comprehend how the mere eating of a third meal, singing Psalm 23, and discussing words of Torah have such awesome power that they can actually protect us from the suffering that will accompany the Messianic birth pangs. But there is a profound lesson at the root of this teaching. The first two Sabbath seudos are eaten when we are hungry, but after a festive noontimeseudah we are hardly in the mood for another meal. So it is not to satiate our hunger that we gather around the Shalosh Seudos table. Rather, it is to celebrate the Sabbath and sing her praises, and that is why the Third Meal encompasses them all.

The Third Meal is symbolic of the conversion of the physical to the spiritual, and ultimately that is our purpose – to become spiritual beings and to free ourselves from the shackles of materialism. This is something our generation, obsessed with materialism and the pursuit of pleasure, has yet to learn.

But why must we experience birth pangs in order for Messiah to come? Why can’t he just announce his presence?

The Messianic period will be very much like Shalosh Seudos, when we sit around the table not to satiate our physical hunger nor to glory in our material achievements, but to celebrate our spiritual attainments.

In order for that to happen, we will have to divest ourselves of all the icons we hold dear. Therefore, our hallowed institutions, the bastions of strength in which we placed our trust, will have to fall away. It is that painful disintegration to which we are witness today. The corporate world, governments, religious institutions, science and medicine – all have failed us. And worse, we no longer feel safe or secure in our daily lives. Terrorists and suicide bombers have become a reality of our existence and no army or police force is capable of shielding us from them.

Shorn of all of our defenses, we stand vulnerable and terrified, and wonder what life is all about as we see our idols crumble before our very eyes.

How long will these birth pangs last? Until we recognize the simple truth – that “we can rely on no one but our Heavenly Father.” So let us sound the shofar, awaken ourselves from our lethargy and heed the voice of our Father calling us.

But even as we do so, let us not despair. There is an amazing Midrash that recalls the story of three great biblical figures, Reuven, Aaron and Boaz – about whom the sages said, had they only known the Torah would record their deeds, they would have done even more.

How can we understand such puzzling teachings? How can it be that such spiritual giants would have needed the additional incentive of being inscribed in the Torah to conduct themselves more nobly?

It has often occurred to me that there is a deep lesson to be gleaned from this Midrash that could be a great source of spiritual strength in our troubled times.

When Reuven discovered that the pit into which his brother Joseph had been cast was empty, he was overcome by inconsolable grief and cried out (Genesis 37:30), “The lad is gone! And I – where can I go?” But had Reuven known Joseph was on his way to Egypt to prepare the path for the family of Jacob – a path that would eventually lead the nation to Sinai – he would have rejoiced.

When Aaron went to greet Moses upon his return to the Auschwitz of Egypt, his heart fell, for he feared for the life of his younger brother. Had he only known Moses was coming to redeem the nation, he would have greeted him with an orchestra.

Had Boaz, from whose fields Ruth gleaned, known Ruth would one day become his wife and the great-grandmother of King David, he would have been overjoyed and made her a magnificent festive meal.

Had they only known what the Torah had mapped out for them, their hearts would have been filled with elation rather than trepidation.

Similarly, all our journeys, be they personal or national are guided by G-d. There is an ultimate goal – a destination at which we will all arrive. It is not for naught that we are launched on our paths. Our struggles are not in vain. So when our journeys become difficult, when our hearts tremble with fear, let us recall Reuven, Aaron and Boaz. Let us remember that we have not yet witnessed the end – and the end will be good.

We are experiencing birth pangs. Let us hold fast, for very soon we will see blessed new life that will make all our sacrifices and suffering worthwhile.

Finally, dear friends, every day when you daven, read the little closing paragraph withgreat concentration: “Do not fear sudden terror or the holocaust of the wicked when it comes. It shall not stand, for G-d is with us.”

You need only believe it. You need only place your full trust in G-d. Follow the light of His Torah and that light will pierce even the most dense darkness. 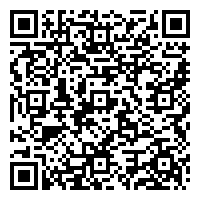