I’ve been writing about the Jewish Tragedy of forgetfulness. Spiritual amnesia not only invites tragedy, it also opens up the floodgates of recurring suffering.

As an example I cited the Holocaust, the unspeakable catastrophe of our time. But it is not only the Holocaust that demonstrates this refusal to face reality. The challenge confronts us in every generation, and our response has been consistently the same – blindness; deafness; slumber. It is always easier to sleep than to deal with the evil around us. We wake up too late, when we hear the sirens.

The Rambam (Maimonides) teaches that when tragedy occurs we have a responsibility to sound the shofar, and that not to do so is an act of cruelty.

The reason Rambam uses that expression should be obvious. Neglecting to awaken someone whose house is on fire or to help him escape is cruelty. Our world is on fire and we slumber. No one is blowing the shofar. This is the ultimate cruelty – and a sure formula for disaster.

Not fourteen years ago we experienced 9/11 here in New York City – America’s magnificent metropolis, the country’s bastion of wealth, influence, and power. The twin towers went up in flames and then collapsed when Islamist Jihadists flew planes into those majestic buildings. The city and the country – indeed, the entire world – stood in shock.

In the aftermath of that horror people resolved to re-examine their lives, to reassess their priorities, to do the things they had put off and packed away in their closets for future use.

So many of our citizens rose to the occasion and made commitments that had real meaning and purpose – to give to others, to become kinder and gentler. New Yorkers who in the past had been all business became more courteous and generous of spirit.

I remember traveling to a speaking engagement shortly after 9/11. The atmosphere at Kennedy Airport was chilling. No bustling. No hustling. No long lines to get to the gate. I missed the noise – the crowd – the people. There were no lines at security. As a matter of fact, there were no lines anywhere.

As I boarded the plane I was shocked at all the empty seats. Most noticeable, perhaps, was the welcoming attitude of the relatively few people I did encounter in the airport and on the plane.

We looked at one another and tried to smile. We exchanged some thoughts and good wishes. The flight attendant hovered over us and when we deplaned we made a point of thanking the captain and the kind stewardess who had been so attentive throughout the flight.

Once again I was struck by the silence in the airport. I never thought I would miss the tumult – the shoving and pushing. Although I was far away from New York City, the ripple effect of the tragedy could be felt. Here too people were going out of their way to be more considerate.

But this new temperament, this new outlook, did not last very long. Soon enough it was back to business as usual. The grouchy faces, the cold eyes, the feeling of entitlement – all were once again dominant.

Today, except for those whose loved ones perished in the attacks, 9/11 is barely a memory. New York City has rebuilt and recovered, but the promises and resolutions so any of us made that day are long forgotten.

If any people should learn from their past it is we Jews. Our sacred books are replete with stories of our Patriarchs and Matriarchs. Our sages teach that “whatever happened to our forefathers are signs for us, their children.” 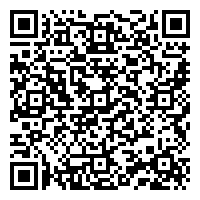