I am a single male in my mid-20s. After learning all my life in mainstream yeshivish schools, I decided on a professional career and enrolled in college. I recently graduated and am currently working. A few years back, when I was learning in beis medrash during the day and pursuing my undergraduate degree in the evening, I began going out on shidduch dates and quickly realized I had an obstacle to overcome: I was labeled a “working boy.”

My parents raised me with a sense of responsibility and it was always expected I would have a career so that I’d be able to support a family comfortably. I was brought up with the idea that working is a good thing and not at all contradictory to living a proper Jewish life. Little did I know how much resistance I would face when seeking a mate.

Shidduch candidates, as well as shadchanim, asked and continue to ask whether I’d be willing to take time off to learn full-time for an unspecified number of years. I reply that while Torah is my life, I prefer to stick with my profession rather than create a glaring gap on my resume. That answer brings me rejection after rejection.

I have always taken my learning and Yiras Shamayim very seriously. I maintain the same level of Torah observance I grew up with. I daven with a minyan three times a day, maintain a daily seder with my chavrusah, and now that I have the means to do so, I have become a regular donor to several charitable organizations and yeshivas.

I keep up with my rebbeim, seeking their guidance at every step of the way. I attend occasional shiurim and regularly listen to Torah tapes. So, am I any less frum now than I would have been had I remained in yeshiva for an additional few years? Our community’s shidduch standards seem to shout “Yes!”

Despite my stated preference for a very frum girl, shadchanim call me and talk exclusively about girls from fairly modern families. When I reiterate that I am looking for someone from a more yeshivish background, they insist that such girls just don’t go for a “working boy” like me. They only want “learners.”

But look at the boys who are engaged in full-time learning. Undoubtedly many of them are fine young men, striving to grow in Torah and yiras Shamayim. But are they the best learners and the most “ehrlich” simply because they have remained in yeshiva well into their 20s (or older)?

Recently, a friend told me he would be entering a prestigious yeshiva for men who learn full time. He had always wanted to become a doctor like his father, so I asked him why he was putting off his dream for probably several years.

“I need a good shidduch and this is the best way to get it,” he said.

I find this so ironic. One can strive his entire life to be the best Jew possible, yet the moment he decides to pursue a career he is no longer “good enough” to marry many of the girls in our community.

What is behind this trend? As any girl who has studied at a mainstream right-wing seminary in Israel can confirm, teachers in such schools stress that the only way a girl can obtain the kind of yiras Shamayim required of her as a Jewish wife and mother is to marry a boy who will learn in kollel or, at the very least, for several years after marriage. Anything “less” is unacceptable, to be looked down upon and shunned.

Those who accept this approach might argue that although it is understood that some working boys are “shtark” and “ehrlich,” the foundation of the home is built on the first years of marriage and the husband should spend those years learning full time.

At face value, it may sound plausible to some. Does this mean, however, that nothing else will do? Do people really believe a young man who wakes up at 5:30 in the morning in order to learn Torah before going to work and then, after a full day at the office, learns late into the night is somehow not “good enough” for the girls in our community?

Additionally, what kind of precedent do we set by raising an entire generation of Jewish youth who have not worked a day in their lives and are accustomed to accepting handout after handout?

I understand the beauty of learning and the lifestyle that follows if done properly. It is my hope that after I find my kallah, guests who enter our home will not see any difference between it and homes where the husband learns full time.

Rebbetzin, is it too much to ask that at least some of the girls in the frum olam (and their parents) make an effort to get past the stigma they’ve attached to young b’nei Torah who work?

The Debate On The ‘Working Boy’

Netanyahu to Cabinet: ‘Working Overtime’ in Search of Amona Solution 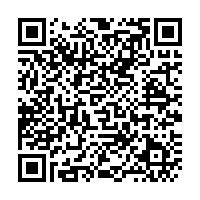