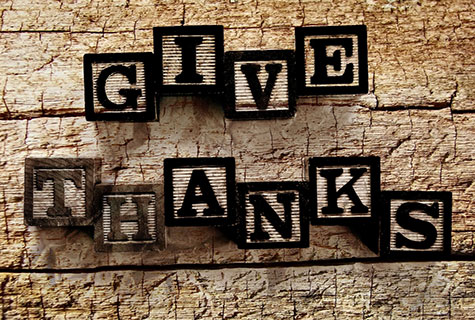 As soon as Purim was over, my 15-year-old daughter turned to my wife and said in a way that only a teenager could: “It’s almost Pesach. When are we going to start cleaning already?” I guess she hadn’t noticed that my wife started Pesach cleaning season a month earlier with the symbolic emptying of our closet!

Yes, every Jewish home goes into a frenzy with Pesach preparations. We turn the house upside down, and get rid of every speck of dust, whoops, I mean chometz. We kasher the kitchen and purchase enough matzos and food to last a month or two. But do we spend the same amount of energy preparing for the spiritual aspect of the Seder? Some people don’t even open their Haggadahs until the Seder begins!

It’s important to remember that on this night, whatever we do and say will make a lasting impression on us and on our families. During those special few hours we have the ability to come closer to Hashem, but we need to prepare. So let us make sure to take a few moments to jot down or underline some lessons we would like to share during the Seder.

For example: Hashem created the world and is running it on a constant basis. We are His servants and He rewards those who fulfill His will and punishes those who disobey. And so on.

No matter what you choose to discuss, there is one theme that runs through the entire night, and being aware of it will make a world of difference: This is a night of giving thanks to Hashem!

Why is this so and how does it manifest itself?

Imagine a poor couple living in a dilapidated shack with a bunch of children dressed in tattered rags. The walls scream poverty and the broken furniture (if you can call it that) barely serves its purpose. Food? It rarely graces their home. Let’s not mention the sick child who desperately needs medicine and the three girls turning into old maids because they lack even the most basic dowry. And then that special day arrives. A long-lost rich cousin comes for a visit, sees their dire straits, and decides to save them. He buys them a home with nice furniture, purchases new clothing, sets them up with a respectable business, provides the missing dowries, and leaves them his credit card. “Please use this to get the best medical care for your child,” he calls out as he drives away. From that point on, a happier and healthier life begins.

Each year, on the anniversary of their cousin’s visit, the father gathers the family together and relates what their lives used to be like and how their cousin saved them. The family then works on making a beautiful present and a heartfelt and lengthy thank-you note. They deliver it to the cousin and shower blessings and thanks on his head. They cannot stop thanking him and are always looking for ways to repay his kindness.

We were in much direr straights than this family while in Mitzrayim. We were slaves to a cruel and vicious nation that tortured us physically and psychologically. They subjected us to extremely harsh labor and tried to destroy our very identity. Our religious observance plummeted to the lowest levels and idol worship was rampant among us. The situation looked absolutely hopeless.

But then Hashem inflicted spectacular plagues upon the Egyptians and punished them in exacting measure as a sign of His power and control. Then He took us out of Egypt with great riches and glory and raised us to the highest level any nation had ever reached. After a mere 49 days, He gave us His Torah and we were on the way to Eretz Yisroel – the place tailor-made for achieving greatness and closeness to Him. We now had everything we needed to merit the great reward of the World to Come. Our debt of gratitude is simply indescribable!

So each year, on the day we were redeemed, we gather our families around a royally set table and tell them the story. In order to truly feel indebted, we are commanded to feel as if we were actually there. We start by describing the two aspects of our slavery: the physical enslavement and our low level of spirituality. Then we describe the makkos and our great redemption. We do not mince words, thanking Hashem at length. We repeat each stage of redemption twice during Dayeinu and one more time in the following paragraph of “al achas kamah v’kamah.” We eat matzos to symbolize the speed of the Exodus and drink four cups of wine while we lean – all to show our appreciation for our true freedom. Every aspect of the night is turned into a way of giving thanks. We eat a festive Yom Tov meal between the two parts of Hallel, and we use it as a way to show our gratitude. During the meal we continue to talk about the story of our exodus and sing songs of thanks. We say Hallel with the joy of one who feels that he just left Mitzrayim. We sing the songs of Nirtzah as if we have all the time in the world – not as if we were casting a burden from our shoulders.

And finally, there is the halacha that we must continue talking about Yetzias Mitzrayim until sleep overtakes us. Since tonight is a night of giving thanks, we just can’t say enough. We keep on talking about it until we are too tired to continue.

This year we have an extra tool to help us thank Hashem – it is also Shabbos! Previously we have noted that in the Shabbos blessing of yotzer ohr in the morning prayers, we say: “V’yom hasheve’e mishabeach v’omer mizmor shir l’yom haShabbos, tov lehodos l’Hashem – And the seventh day praises and says: ‘Let us sing a song about the day of Shabbos – it is good to praise Hashem!’” Shabbos itself tells us that the theme of this day is to thank Hashem! And we explained that because on Shabbos we are less occupied by worldly matters, it is easier to see that Hashem is the Creator of the Universe. On this day it is “tov lehodos l’Hashem” – it is good to declare that all is from Him and to praise Him at length for all His ongoing kindnesses.

But the connection is deeper. The Torah states in Parshas Emor (23:11) that we must bring the omer offering on the day following “the Shabbos.” Chazal in Menachos (65b) reveal that Shabbos here refers to Pesach. Why is Pesach called Shabbos? On a simple level, the reason is that both Pesach and Shabbos teach us that Hashem created the world. But based on the above we can explain that they share the same integral theme: On both days, we see Hashem’s kindness, and we spend the day thanking Him for it.

Let us use these days of Pesach that begin and end on Shabbos to truly thank Hashem from the bottom of our hearts for the great kindness of taking us out of Mitzrayim and giving us true freedom. In this way, we will learn to continue thanking Hashem every Shabbos and all year long! 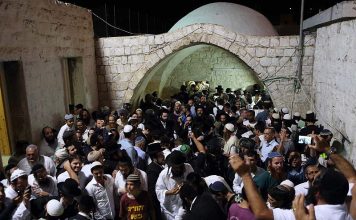 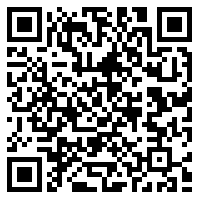