I have always had an aversion to snakes – it is even hard for me to look at the picture of one! So, when I learned the following Gemara in Bava Kama (16a), shivers went up and down my spine. There it states that if a person does not bow down when he says Modim, his spine will turn into a snake seven years after his burial. Not a very pleasant thought.

Turning into a snake is not merely disgusting – it has a very serious ramification. The Toras Chaim (ad. loc.) writes that Chazal say to merit techiyas hameisim, the revival of the dead, each person has a luz bone, which lasts even after the body has totally decomposed. Since the luz is part of the spine and that turned into a snake, this person will not merit the great reward of techiyas hameisim!

This got me thinking – why does one receive such a harsh punishment for something that seems to be a trivial sin?

Why Do We Bow?

Let us begin by explaining what bowing is all about. The Levush (O.C. 113:1) writes that the reason we bow at the beginning and end of the first bracha of Shemoneh Esrei is that we want to humble ourselves in front of Hashem. This is the proper way to act when making a request from the king: First one says praises and shows subservience through bowing, then the request can be made. We also bow as we take three steps back, since that is what is done when leaving the king’s presence.

This itself is an important point. Many of us push the Shemoneh Esrei button and off we go! The knees bend automatically and the head and body follow suit. Isn’t that a pity? With just a little thought, we can turn a robotic action into a great form of humbling ourselves. As we bow, let us do so with humility and have in mind that we are now standing in front of the King of all Kings, the Master of the Universe, to whom we totally and completely belong.

Now a difficult question arises: Why do we bow when we say Modim – what does showing subservience have to do with giving thanks? The answer is that many people think that saying “thank you” is just a way of acknowledging a favor. I guess they never looked it up in the dictionary. Please allow me to quote Merriam-Webster’s definition of thank you: “A polite expression of one’s gratitude.” And gratitude means “readiness to show appreciation for and to return kindness.” In other words, when you thank someone you are expressing the fact that you feel an obligation to return his favor.

Of course, the source of this concept is found in the Torah. In lashon hakodesh the word for thanks is “hoda’ah” which also means to admit. If a person says “thank you for lending me 100 dollars” but does not feel that he has to pay back the money, he did not really give hoda’ah. He is a full-fledged “kofer” – a denier of the loan. The same goes for all favors – one who receives a kindness should feel indebted and constantly look for a way to repay the favor, otherwise, he has not really given hoda’ah.

You Are Our Master!

We can now explain something interesting. During chazaras hashatz, the chazan’s repetition of Shemoneh Esrei, our job is to listen and affirm his words by saying amein. But when we reach Modim, we have audience participation and say Modim on our own. Why can’t we just listen to the chazan? The Abudarham (a 14th century rishon from Spain) answers that we are not merely saying thank you – we are declaring that as a result of these kindnesses: “You are our Master!” Since this is a declaration of subservience, the slave must say it directly to his master, otherwise, he can always deny that he said it.

(As a side point, after Rav Yosef Sholom Eliyashev’s life was saved by a non-Jewish American doctor he asked his student to teach him how to say thank you in English. His student was quite surprised, as this took a few minutes of Rav Eliyashev’s precious time. “Rebbe,” he asked, “you never waste a minute. Why couldn’t I say thank you for you?” Rav Eliyashev pointed to the Abudarham, saying that expressing indebtedness must be done in person, not through a messenger.)

According to this explanation, when we say “Modim anachnu lach she’atah hu Hashem Elokeinu etc.” we are saying: “We admit to You that You are Hashem our G-d!” And the reason we accept His rule upon ourselves is because of all the favors that He bestows upon us, as we continue and say “nodeh lecha u’nisaper tehilasecha – we thank You and relate Your praises…”

The aforementioned Toras Chaim writes that Hashem bestows kindness upon us every second of the day, however, we are so used to them that we don’t even pay attention. Every breath of the wonderful cocktail of air, each smooth movement of our fingers and arms, and every painless step of our feet are unfathomable kindnesses! Really, we should be saying thank you non-stop, but obviously that would make it difficult to live a normal life. Instead, Chazal established that we say Modim three times a day – to thank Him in one shot for His countless daily kindnesses. We say “for our lives that are given over into Your hand… for Your miracles that are with us every day, and for Your wonders and favors in every time…” The more we are aware of what Hashem does for us and thank Him for that, the more we realize how much we owe Him.

Now we understand why we bow as we say Modim, since the point of this blessing is to admit that He is our Master. We bow in humbleness to show Hashem that this is not lip service, rather, we feel completely indebted to Him for these favors, and will live our lives accordingly!

The Shulchan Aruch writes (O.C. 113:4-5) that a person must bow down enough so that the lower bones of his spine will stick out (but not so much that his mouth reaches his belt). The Totza’os Chaim (180) explains that the Gemara states that if a person’s spine snaps he becomes a treifah and will ultimately die. By bowing in this manner we acknowledge that Hashem is the source of our very life and all the good we have is from Him.

Once again, we see how bowing is directly connected to this blessing.

The severity of one who does not bow during Modim is now quite clear. This person shows that he is not accepting Hashem as his Master and has followed in the footsteps of the snake who enticed Adam Harishon to sin and deny that Hashem is the Master of the world. Therefore, he turns into a snake and will not merit the eternal reward of techiyas hameisim.

This week is Shabbos Mevarchim Elul, which means that Rosh Hashana, the day we declare Hashem as our Master, is right around the corner. Let us use this halacha as a way to prepare. Each time we bow, especially during Modim, let us have in mind that we owe everything to our Master who has done so much for us! 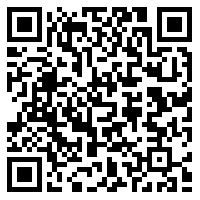