The yom tov of Sukkos is upon us. All over the globe, Jews sits under schach and reflect on events of over 3,000 years ago when Hashem protected us from hunger, dehydration, and nighttime frost in the desert.

Recently, the entire world reflected on a much more recent event: the horrific tragedy of 9/11. Numerous Jews were saved on that day. Some who should have been in the Twin Towers that morning were still at Selichos Daf. One person left moments before to meet a shidduch. Another had to get off one of the planes that crashed to retrieve his tefillin. The stories are numerous. “Hinei lo yanum v’lo yishan, shomer Yisrael – The guardian of Israel [Hashem] does not sleep or slumber.”


We read Parshas Ki Savo the week of 9/11. The Torah states in the tochacha, “Yisa Hashem alecha goy marachok – Hashem will bring up upon you a nation from the distance – miktzei haaretz – from the other end of the world – asher lo sishma l’shono – whose language you did not understand.”

In the post-9/11 analyses, it was discovered that intelligence agencies such as Interpol and the CIA didn’t have information on the terrorist cells involved in the attack because they didn’t have enough cryptographers who were experts in Arabic.

The Torah continues, “Goy az panim asher lo yisa panim lazakein v’naar lo yachon – An impudent nation which has no respect for the elderly nor is it compassionate to the youth.” These words perfectly describe the homicidal terrorists who did not think twice about killing mothers with their baby carriages or maiming the elderly.

The prophecy then reaches a crescendo, “Ad redes chomosayich hagvaos vihabetzuros asher atah botei’ach bahem bichol artzecha – Until there will come down your towers, those that are most high and fortified, in which you have complete faith in all of your land.” Our faith in the indestructibility of the Twin Towers was nigh absolute, and the seemingly extra words of “in all your land” are quite suitable for buildings that were named the “World” Trade Center.

“Vehaitzar licha b’chol shaarecha – And the enemy will oppress you in all your gateways.” Modern-day gateways are airports, bridges, and tunnels, and after 9/11 all these were completely shut down.

Finally, the Torah completely blows us away with the statement that the enemy will come “ka’asher yideh hanesher – like the eagle sweeps,” a perfect description of the sudden attack of the two huge airliners. Interestingly, instead of the more frequently used word for flying (“ya’uf”), the Torah uses a very rare word, “yideh.” “Yideh” is not used any other time in the entire Torah. It is made up of the letters yud, daled, alef, and hei. Amazingly, in gematria, daled plus hei equal nine, while yud and alef equals 11. Thus, the word “yideh” is exactly 9/11.

I discovered something further. If one utilizes the “ot bash” system (whereby aleph equals taf, beis equals shin, and so on), “yideh” becomes mem-kuf-taf-tzadik, which spell out the words “keitz meis,” which means “an appointed time to die.”

So, when we gaze at the schach in our sukkos, we should realize that we don’t need to look back far to see the obvious, ever-present presence of Hashem in our lives. May awareness of this presence boost our yiras shamayim, and in that merit, may Hashem grant us a joyous Sukkos with good health, happiness, and everything wonderful. 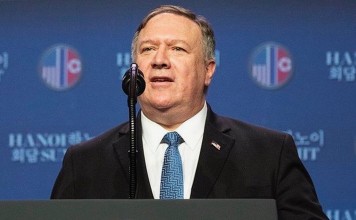 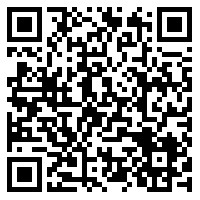