About 45 years ago, I was a student in the Yeshiva of Staten Island. One Rosh Hashanah, Rav Moshe Feinstein, zt”l, was together with us, and when everyone went to a nearby water source to say Tashlich, I decided to stay in the building so that someone would be there for the rosh yeshiva.

The only problem was that I couldn’t find him. He wasn’t in his room, and he wasn’t in the beis medrash. Finally, I found him in the library learning Mesilas Yesharim with his rebbetzin, zt”l. This wonderful maaseh rav teaches us that it is good to learn mussar with one’s spouse.


My wife Shoshy, she’tichye, and I study Mesilas Yesharim with the wonderful commentary of Rav Avigdor Miller, zt”l. In the preface to this sefer, Rab Moshe Chaim Luzzato makes a very startling statement. He declares that insincere, impure service of Hashem is “nimeses u’m’soeves, repulsive and abominable.”

Rav Miller recalls in his commentary that when he was young and learning Mesilas Yesharim in Slabodka, he underlined these words strongly. These words made an impression on me, too, since they seemed perplexing. Why should a prayer without kavanah be considered disgusting?

In fact, the Mabit seems to suggest that it isn’t. In his monumental sefer on prayer, Beis Elokim, he notes that in Shemone Esrei we say, “Ki Attah shomei’ah tefilas kol peh am’cha Yisrael b’rachamim – Because You [G-d] listen to the prayers of every mouth of His people Yisrael with mercy.” The Mabit writes that the word “peh – mouth” in this berachah is deliberate. Even if our prayers stem only from the mouth, not the heart, Hashem still mercifully listens to them.

My good friend, Rabbi Brackenroth, told me that, according to a chassidishe explanation of these words, Hashem listens, but the prayer is considered “tefilas feh,” a nauseating prayer. But why? After all, the person is making the effort to daven – why should his words be considered repulsive?

The day after learning this line in Mesilas Yesharim, I went to the bank in Monticello to make a deposit. While I was waiting in line, I saw someone – very obviously a Jew – standing before the teller at the window. Sadly, he was behaving rather improperly. While dealing with the teller, he was chatting on his cellphone, not even glancing at the person he was doing business with.

I watched the teller, who clearly did not appreciate this person’s lack of etiquette. I also saw that all the people in line were looking at him with distaste as well. It was then that I realized what the Mesilas Yesharim meant. If we stand before Hashem and don’t even think about Him or what we are saying, we are insulting the Melech Malchei HaM’lachim, the king who appoints all kings.

As we all know, Elul stands for “Ani l’Dodi v’Dodi li – I am to my Beloved (Hashem), and my Beloved is to me.” Hashem will direct His attention and love to us in direct proportion to how much we intensify our focus on Him. At the very least, we need to train ourselves to wipe our minds clean of all distractions when we daven Shemone Esrei. When we take those three steps forward, our attention should be exclusively on conversing with our Creator.

In the merit of behaving in this fashion, may Hashem answer our prayers and bless us with long life, good health, and everything wonderful. 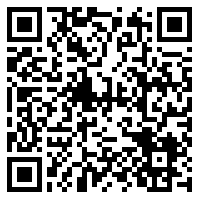