Did you ever notice that the Ten Commandments only address one character trait? “Thou shall not be envious.” Isn’t that amazing?! The Ten Commandments contain nothing on anger, laziness, greed, or stinginess. They make no mention of the evils of arrogance or being self-centered. The only harmful feeling it warns us about is envy.

In truth, this fact should come as no surprise since, from the very start of the Torah, jealousy is repeatedly discussed. Rashi informs us that Hashem decided to make man in His image on earth since the earth would be jealous if only the heavens contained creatures (i.e., angels) in G-d’s image. Amazing! The very creation of mankind was an anti-jealousy move.

Elsewhere, Rashi informs us that Hashem created man from a synthesis of Divine breath and earth. He chose this composition to avoid jealousy. Rashi explains that creation alternated between heaven and earth. On the first day Hashem created both. On the second day He created the firmament above. On the third day He cleared the dry land below. On the fourth day, He created the luminaries above. On the fifth day, He created the fish below. To give equal attention to both heaven and earth, therefore, G-d had to create a synthesis creature on the sixth day. Otherwise, there would be no symmetry in creation, which would result in jealousy.

Imagine! If man would have been created solely from the Divine, He would have been spared all base desires. But G-d gave him an earthy ingredient because He wanted to dodge the dangers of jealousy.

Rashi tells us that the sin of the Tree of Knowledge also stemmed from jealously (of Chava by the snake). The same is true of the murder of Hevel. Kayin was jealous of his brother whose sacrifice was favored by Hashem.

The Torah is known as “Toras Chaim” – an instruction for living. It contains advice on all aspects of life. As we are taught in Pirkei Avos, “Hafoch ba, hafoch ba, de’kula ba – Turn it around, turn it around, as everything is contained in it.” Since Hashem’s syllabus for life begins with so many warnings about jealousy, it’s obvious that Hashem, our manufacturer, is informing us that coveting is one of the ugliest pitfalls.

The Orchos Chaim L’HaRosh states that jealousy is a vicious sickness that has no cure. Evidently, the Rosh is advising us to make sure we don’t get in to the habit of looking enviously at others because, once we fall into this habit, it is very difficult to creep out of.

In Pirkei Avos we are taught “Eizehu ashir? Ha’same’ach b’chelko – Who is happy? He who is happy with his own lot.” Wealth and happiness is found in a person who derives satisfaction from his own blessings. It is a great lesson in life: Dwell on the many riches we have and not on what we think we are missing. While it is easy to believe your neighbors have it better, remember that we say a blessing every day with the words “she’asa li kol tzarki – Hashem makes for me all my needs.” What I see elsewhere might look tempting, but Hashem gives me what I really need to fulfill my purpose.

Obviously, since Hashem warns us about jealousy in the Ten Commandments and at least four times in the beginning of the Torah, a true Ben Torah and Bas Yisroel has to work to eradicate it from his or her personality. Thoughts like “I wish my wife would be like that,” “If only I could have such children,” “Wouldn’t it be swell to have such a home or vacation?” and “Why can’t my husband have such a job?” are all prohibited by the Tenth Commandment.

May it be the will of Hashem that, in the zechus of learning Hashem’s Torah, He empower us to be happy with what we have and not gaze enviously at the success of others, and in that merit may He bless us all with good health, long life, and everything wonderful. 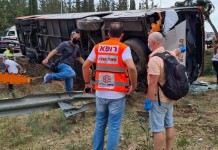 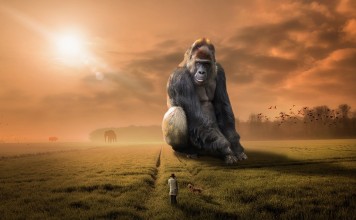 The 800-Pound Gorilla of American Judaism 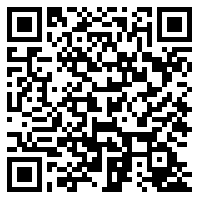