I was active in Jewish education for over four decades. For 31 years I was fortunate to be the principal of the Jewish day school in the Atlantic City area. In addition, I was also involved, at least passively, with the neighboring Jewish community of Vineland, New Jersey. Both of these communities shared the unique aspect of having only one day school serving the Orthodox Jewish community.

At one time, Vineland was a bustling Jewish community. It boasted a day school with more than 200 students. Later on in its history, a breakaway school was formed by parents who were not satisfied with the education in the original school, and this presented active competition between the schools. The second school was supported by the local Jewish federation. Ultimately, because of the controversy, both schools closed down. This marked the beginning of the end of this once vibrant Jewish community. I know this because I was the principal of a similar day school only 30 miles away in Margate, New Jersey.


During the heat of this controversy, a group of parents from the newly formed school visited my school and decided that they would rather not be burdened with the headaches of maintaining a day school in the Vineland area. The vast majority pulled out, hired a bus, and registered in our school.

Today there is no Jewish community to speak of in Vineland. It is a depressed area with little Jewish future in sight. The last vestige of this vibrant time was the dynamic personality of Rav Yisroel Rapoport, who just recently was niftar. He was a forceful, energetic, and wonderful leader, a Chabadnik with endless love for his people. May his memory be for a blessing.

I have always said that when a Jewish day school closes down, there is no future for the local Jewish population, and within just a few years the Jewish community will be compromised. That is what happened in Vineland.

The Jewish community in Margate had a similar but more productive history, although the same outcome befell its day school as well. For over three decades, I was the principal of this school. When I arrived in the 70s, the school had only 17 students, all in the preschool. In the late 90s, it was situated on a beautiful 15 acre campus with close to 300 students. Included in this was a high school of nearly 80 students, with a potential of growing even more. The school brought children to its doors from 29 communities in New Jersey and also from as far away as Philadelphia. It was accredited by Middle States and had won the “Excellence in Education” award from the U.S. Department of Education as one of the outstanding schools in the country.

But in the early 2000s, the local federation, led by some of the local Conservative and Reform rabbis, mounted a campaign to impugn the school and divest it of any support within the Jewish community as well as its ardent supporters outside the community. In addition, this group formed a competing Hebrew day school with the hope and goal that this would cause the closure of the Orthodox community’s day school. The federation ceased its support of the Orthodox school and focused all its financial and moral support on the new school.

During my last nine years in this community, I formed, together with some very special people, the Young Israel of Margate. I became the rabbi. I took no salary. My theme very often during my talks on Shabbat was the centrality and importance of maintaining the Orthodox day school. “All financial support should go to that cause,” I stated over and over again. On a given Shabbat you might see 40 or 50 children in shul – all day school students. We were proud that we had no Hebrew school associated with our shul. All our children were enrolled in the day school.

Today there is no day school in that community. The Jewish community is essentially dying. The once active and vibrant synagogues are scrambling to join others to survive. The school that the Federation attempted to start to replace the Orthodox day school is closed. The Federation itself is hard-pressed to raise funds. The future of Jewish day school education in these communities has been erased.

Each of these stories are a microcosm of what can happen in many small Jewish communities in the United States. There was a time when parents and teachers within a Jewish community were loyal to their community school. Teachers, who understood the importance of Jewish education, would support the school in any way possible. Keeping the local day school as the centerpiece of the Jewish community was recognized as essential.

I fear that this is no longer necessarily the case. Parents and teachers feel a sense of entitlement. For many, loyalty is a thing of the past. Many parents or teachers have no qualms about sending their children to a school 30 or 40 miles away, abandoning their local Hebrew day school, for cheaper tuition rates. It seems that the “me” is much more important than the “we.” Dedication to the Jewish community is often replaced with selfish personal considerations.

If there is any future for the Jews in the Diaspora, it is the day school. Without it, the future is bleak! 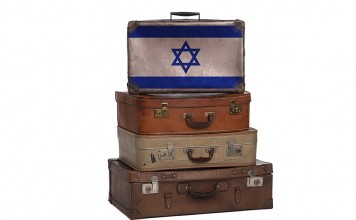 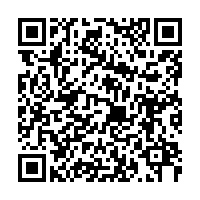