Everyone knows that there are eight candles in the chanukiyah and that there are eight nights of Chanukah. The Beit Yosef points out that it would make more sense to celebrate Chanukah for seven nights and to have seven candles in the chanukiyah. He explains that if there was enough oil to last for one day and the oil lasted for eight whole days then there were only seven days of miracle. The oil lasting the first day was to be expected, the miracle didn’t kick in until the second day.

The Beit Yosef himself gives three answers to this question, and there are many more. Some say that we celebrate the seven days of the oil miracle and one day for the miracle of the military victory.


I’d like to suggest that perhaps the extra day of celebration is in recognition of the extraordinary faith that led the Chashmonaim to light the candles to begin with. Imagine yourself in their shoes: you win a victory against the world’s largest superpower. In your victory you ascend to the holiest place on earth – the place you come to connect to God – and what you find is filth, destruction, and a holy place defiled with idols. Not allowing yourself to become discouraged, you clean the temple, scrub away the blemish of idolatry, purify and sanctify the holy spaces. Then, at the culmination of the rededication you go to rekindle the eternal flame, the symbol of God’s never-ending commitment to His people, and you can’t. There’s not enough oil.

It would have been understandable for these great warriors to become dispirited. Instead, they lit the candles with the faith that if they got started God would help them, with certainty that all they could do was the mitzvah in front of them. That act is worth at least an additional candle.

Rabbi Eytan Yammer is the rav of Knesseth Israel Congregation, an Orthodox shul in Birmingham, AL.

Knesseth Israel is a diverse, exciting, and committed place to grow. The Birmingham community has an eiruv, kosher meat and cheese in the supermarkets, three Jewish pre-schools, a Jewish Federation and a pluralistic day school. It’s also a great place to live. 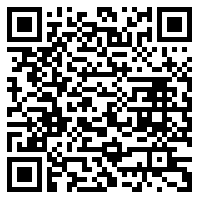