Rabbi Pappenheim writes that the root of “eden” is ayin-dalet, which connotes joining together disparate entities. Other derivatives of that root include “ad” (until), which joins together everything in a chronological or geographical set; “yaad” (destination), which joins a traveler with where he wants to go; “eidah” (congregation) or “vaad” (council), whose members join together for a joint purpose; “moed” (set time for meeting), which denotes the joining together of various parties; and “eidut” (testimony), which connects a crime to a specific wrong-doer.

In this vein, “eden” refers to physical pleasure because it denotes the “connection” between the one experiencing pleasure and the object giving pleasure.

The Bible uses “eden” almost exclusively in reference to the senses of taste and touch. “Maadanim,” for example, are pleasant foods or delicacies served at a king’s table (see Genesis 49:20, Psalms 36:9, Jeremiah 51:34, and Lamentations 4:5). Both these senses involve an actual physical connection between a person and the object giving him pleasure.

When Sarah was told she would bear a child, she laughed, rhetorically asking, “After I have become worn out, shall I have edna?” (Gen. 18:12). Targum Onkelos translates “edna” as youthfulness; the Radak writes that “edna” refers to the smooth skin of youth; and the Ibn Ezra takes it to mean the pleasures or enjoyment of youth.

(It is possible that some of these sources associate “edna” with the Aramaic “idna” [time], and understand that it relates to youthfulness, which is viewed as a “bygone time.”)

Something that is adin or adinah (see Isaiah 47:8) is sensitive, delicate, or dainty – it is susceptible to being over-stimulated by sensory overload. (Interestingly, Adinah appears nowhere in the Bible or Chazal as a proper name; it does appear twice in the quasi-Midrashic work Sefer HaYashar as the names of Lavan and Levi’s respective wives.)

“Oneg,” as we mentioned, is spiritual pleasure, even if rooted in a physical pleasure. For example, “oneg Shabbat” (Isaiah 58:13) is Shabbat enjoyment that may be primarily spiritual/intellectual, but which might come about through the consumption of delicious foods.

Rabbi Samson Raphael Hirsch (1808-1888) writes that “oneg” is the state of being surrounded by favorable and pleasant conditions. He compares it to “anak,” a necklace, which surrounds the neck of the wearer.

“Anak” can also mean a grant. The Torah commands a Hebrew bondsman’s master to “grant him a ha’anakah” (Deuteronomy 15:14) when his term of service is finished. In explaining the etymological basis of this word, Rabbi Yaakov Tzvi Mecklenburg (1785-1865) writes that the kuf of “anak” can be interchanged with a gimmel to produce “oneg” – a reference to the gift a newly-freed bondsman can enjoy.

Another word that might mean pleasure is “pinuk.” It is a hapax legomenon, which means it appears only once in the Bible. A master is warned not to be mifanek his slave lest his slave come to rule over him (Proverbs 29:21). In other words, a master should not overindulge his slave or flatter him too much.

Rabbi Pappenheim argues that “pinuk” does not mean pleasure, but rather playfulness and flattery. The Targumim, however, consistently use pinuk-related words to translate “oneg” and “eden” (which clearly mean “pleasure”). For example, they translate “anug” as “mifanak”/“mifunak” and “maadanei melech” as “tafnukei malkin.”

Interestingly, Mah Yedidot – customarily sung on Friday Night – uses the phrase “tafnukei maadanim.” According to what we have learned, “tafnukei” and “maadanim” actually mean the same thing (“delicacies”), albeit in different languages. 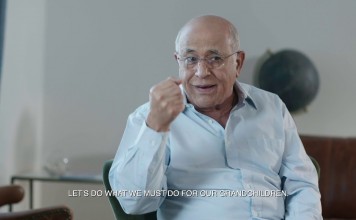 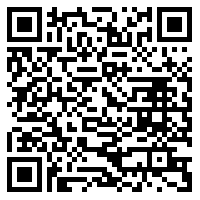