Reb Yitzchok Dovid Grossman from Migdal Haemek relates that he once met a convert – a former priest – in Florida devoting his life to Torah study. His curiosity piqued, Rabbi Grossman asked him what made him turn his life around.

“Growing up, I was fascinated by astronomy,” he replied. “The sun, moon, and planets were my love. I never asked for toys. I just wanted telescopes and tools that would help me discover the secrets of the sky.”


“One day,” he continued, “when I grew older, I chanced upon a book written by Maimonides. I could not believe that a book written a thousand years ago contained all the wisdom I had trudged to discover in my own life. Everything I had learned was there.

“How could Maimonides have such an advanced knowledge of science prior to the invention of the telescope? The accuracy of his information blew me away. And it dawned on me that if this part of his work was correct, the Jewish philosophy he presents elsewhere in his writings must be correct too.

“So I changed the course of my life, converted, and am now spending my days in beis hamidrash trying to catch up and connect to the wisdom of Torah.”

We don’t need a non-Jew to reaffirm a truth we all know. Still, an outsider can sometimes offer an insight or perspective that is overlooked.

The following is a true account from the picturesque city of Lugano, situated on the border of Switzerland and Italy, where a very special, small, but thriving, community existed for many years. In this community, every Yom Kippur the same strange scenario repeated itself. A priest would show up, sit in the back of shul, and follow the services in awe. Can you imagine davening on Yom Kippur with, of all people, a priest?!

One year a theological gathering was scheduled for the day of Yom Kippur. Realizing that he had to attend the gathering and wouldn’t be able to go to shul, the priest contacted a community representative to find out if he could attend services on Simchas Torah instead.

The man was surprised by the request as the priest had never before asked for permission to come to shul. When he inquired what prompted the request, the priest replied (I’m quoting almost verbatim):

“On Yom Kippur, you have no right to reject me. Even avaryanim, criminals, are invited to participate. It is my wish to unite with your community on this great day…and absorb the spiritual atmosphere. I firmly believe that through the prayers of the Children of Israel, the memory of the nations arises at the Heavenly Throne, and I feel I have a right to be an active participant.

“Simchas Torah is a different affair. On Simchas Torah, the Almighty unites with his children. It is Israel’s privilege accorded by the One above. How can I infringe on an intimate feast, a reunion between a Father and his children, without first asking for their consent?” 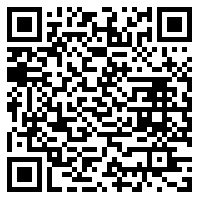