Viktor Frankl was a famous Jewish psychiatrist and a Holocaust survivor. In his 1946 book, Man’s Search for Meaning, he chronicles his experiences in Auschwitz and the tenets of his psychotherapeutic method, logotherapy, which he argues is what helped him cope through the traumatic and horrific experiences of the Holocaust. Three of his essential and related messages are that (1) we all have free will to choose our mental responses, even amidst suffering; (2) our mission in life should be to seek meaning, not to merely gain pleasure or to avoid pain; and (3) we obtain meaning by living a life that focuses on values and ideals.

In describing the wisdom, internal structure, and depth of the Hebrew alphabet, the mystical work Sefer Yetzirah highlights the connection between the word nega (affliction; spelled nun-gimmel-ayin ) and the word oneg (pleasure; spelled ayin-nun-gimmel): “There is no good higher than oneg and no evil lower than nega.” The word nega is used often in Parshiyot Tazria and Metzora to describe the disease of tzara’at. Building off of the Sefer Yetzirah, several commentators reflect on the relationship of the nega of tzara’at to the inverse concept of oneg.

For example, the Chidushei HaRim points out that the only difference between oneg and nega is the place of the ayin within the word. In oneg the ayin is in the front of the word and in nega it is at the end.  When explaining the laws pertaining to tzara’at of clothing, the pasuk states that if after washing, “the affliction has not changed its appearance (ha-nega lo hafach et eyno)… it is contaminated… (Vayikra 12:55).  The Chidushei HaRim suggests a homiletic reading. The term “et eyno,” translated as “its appearance” can be read as “its ayin,” referencing the letter ayin, with an additional layer of meaning, namely, its eye, or vision. The difference between a nega and oneg is a matter of ayin, or perspective.

To be clear, oneg in this context does not mean physical pleasure, nor does it necessarily mean a surreal, detached, obliviousness to pain. Oneg is a spiritual pleasure, which doesn’t completely negate pain, but alleviates it by infusing meaning. It is the pleasure that comes when, despite pain, one can change one’s perspective and still commit oneself to living a life steeped in values and ideals.

Perhaps this is why, as the Sefat Emet explains, the impurity of the metzora lasts seven days, as it ensures that he or she experiences Shabbat as part of the process. The pleasure and meaning one derives from Shabbat are reparative. Sefat Emet also points out that the word tzara’at (tzadi-reish-ayin-tav) has the same letters as the word atzeret (ayin-tzadi-reish-tav), which is a reference to the holiday of Shavuot. Shavuot, representing the acceptance and study of Torah, provides the antidote for the pain and suffering of tzara’at.

While we generally hope to avoid pain and suffering, in cases where it is out of our control, the only thing in our control is our response.  While it is incredibly challenging, we can work on shifting our perspective and investing our lives with value and meaning, despite the pain. By suffusing our lives with the meaning that permeates a Torah lifestyle, we can hopefully change any nega we may experience to one of oneg. 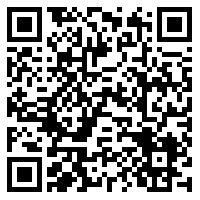