The Jew is constantly confronted with the endless struggle and conflict between the material and the spiritual world. On the one hand we are commanded to enjoy the world and to marvel at the beauty and splendor of Creation. Yet we are also charged with the obligation to not over-indulge, to discipline ourselves – and to appreciate the spiritual aspects of our existence.

This concept is expressed in Parshat Bereishit and continues throughout the book of Bereishit. Initially, we are presented with the first recorded murder in human history: Kayin and Hevel each offer sacrifices to G-d, Hevel from the best of his flock and Kayin from the fruits of the land. G-d accepts the offering of Hevel and denies Kayin’s offering. In anger and jealousy, Kayin kills Hevel.


What was the argument all about? Rabbi Kook explains that it was predicated on the conflict between the spiritual forces of life and the material ones. As a farmer, Kayin’s offering represented the supremacy of the material, for though a farmer must also depend on G-d for his sustenance, he still has the company of his wife and family.

Hevel’s sacrifice represented the dominance of the spiritual, for as a shepherd he was totally dependent on Almighty G-d – he was alone. Loneliness by definition brings one closer to G-d, for it forces one to be more cognizant of his Creator – in short, more spiritual. In essence, then, Kayin wanted the material world to have precedence while Hevel believed that the spiritual world was more important.

This struggle is also apparent in the portion of Noach, where the generation of the flood was steeped in materialism which eventually caused their downfall.

We are taught in Judaism to temper each of these areas and to walk the middle road. To create a balance between these two seemingly opposing forces. Too much materialism is no good. Too much spiritualism also misses the mark.

Rabbi Soloveitchik describes this phenomenon as “tzimtzum.” How is it possible, he asks, that Almighty G-d, Who is described as filling the entire world, is able to shrink Himself and place His presence in the Holy of Holies of the Temple? G-d contracts His essence so that the Jewish people can have access to him. He performs tzimtzum, contracting Himself because of His love for the Jewish people.

We in turn, His servants, also limit our actions in recognition and appreciation of the love displayed by Almighty G-d. When one comes home from a ten-mile run and is very thirsty, instead of drinking water immediately he stops and makes a bracha. This is how we as G-d’s servants also perform tzimtzum – we temper our behavior in all situations. We may eat, but only certain foods; we may enjoy a deep emotional and physical relationship with our spouse, but only at certain times. And the list goes on.

The Midrash in Song of Songs (7:3) says it beautifully: “It often happens when a man takes a wife and after great expense he wishes to associate with her, she says ‘I have seen a rose-red speck’ and he immediately recoils. What made him retreat and keep away from her? Was there an iron fence? Did a serpent bite him? Did a scorpion sting him? A dish of meat is placed before a man and he is told some forbidden fat has fallen on it. He withdraws his hand from the food. What stopped him from tasting it? Did a serpent bite him? Did a scorpion sting him? It was only the words of the Torah which are as soft as a bed of lilies.”

Such conflict presents itself daily in our lives as well. We are living in the greatest and most affluent times that Jews have ever known. In no other civilization has the Jew enjoyed such success, prosperity, and influence. However, this blessing is a double-edged sword, presenting serious challenges in how we educate our children and how we impart to them our priorities.

How do we use our money when we support our synagogues and our schools? Do we donate with humility without expecting any recognition in return, or do we demand to be heard, indeed to be listened to, when we make suggestions? Do we use our influence to gain favors for our children, placing undue pressure on their school? Do we demand in return for our support that the school pay extra attention to our children? Too often we see people of means manipulate schools for their own personal agenda, a despicable behavior which is ultimately a terrible example for their children.

And how do we deal with television and all the latest technological advances? One young rabbi, a teacher of my grandchild in Miami Beach called television “toilet vision” because of the negative influences it has on children. Do we have the courage to eliminate these unwanted guests from our homes? Can we create this balance between the spiritual and the material?

When my children were young, my wife and I decided that we would disconnect the television. We reasoned that though we enjoy listening to the news, there were stations whose content were inappropriate. Certainly if a guest would come into our house spewing forth the words that one hears on TV, we would not tolerate such language or behavior. Why then should we allow our children to be exposed to such trash?

The first week or so was very difficult. Our children were angry and confused. After all, they had enjoyed watching their favorite shows and suddenly they were denied this pleasure.

After one week, however, the most amazing thing happened. We noticed that our children began reading books, talking and interacting with each other. There was quiet in our home and for the first time we didn’t have to listen to the inappropriate language and subject matter that was emanating from the television.

We cannot completely isolate our children from everything in our society. But we must find the balance to ensure the integrity of our morals and teachings – the very essence of being a Jew and following our Torah. We must, by example, set the tone for the next generation so that they will continue in the ways of the Torah, the ways of our forefathers, and not go astray. 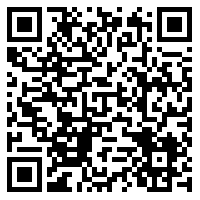