David HaMelech said, “Va’ani sifilasi lacha Hashem eis ratzon – And I let my prayer come before You at a time of favor.” This pasuk hints to a great secret – that we can carve out favorable times to daven. What times are favorable? The moments after performing a mitzvah. When we fulfill a mitzvah, Hashem is happy with us and will look more favorably at any request that follows it.

Giving tzedakah prior to praying is therefore a good idea. It is a mitzvah and also aligns with another pasuk in Tehillim: “Va’ani b’tzedek echezeh panecha – And with charity I come to appear before You [in prayer].” Some people follow the Arizal’s custom of giving tzedakah during pesukei d’zimrah when saying, “V’atah mosheil bakol – And you rule over everything” in Vayevarech David. I personally keep a Rav Meir Baal HaNess pushka in my tallis bag to ensure that I give some tzedakah before davening.


“Tzedek” in the verse above, though, doesn’t just mean charity. It literally means righteousness. Thus, the Manchester Rosh Yeshiva, Rav Segal, zt”l, would fulfill the righteous deed of bringing his wife a cup of coffee before davening. He also studied Masechtas Berachos, thereby prefacing his prayers with the greatest mitzvah of all: Talmud Torah.

Both the Chofetz Chaim and Sanzer Rav, the Divrei Chaim, zt”l, recommended that we don’t only daven Shachris, Minchah, and Maariv since the yetzer hara girds itself with all its might to distract us during these tefillos. They advise asking Hashem for help at different times throughout the day in our own words.

We should thus be on the lookout during the day for auspicious times to daven (i.e., right after performing a mitzvah). For example, if we see an immodestly-dressed woman walking in the street and we overcome the temptation to look – thereby fulfilling the mitzvah of “v’lo sasusru acharei levavechem v’acharei eineichem” – we should use the opportunity to make a request of Hashem, says the Tuvcha Yabi’u.

Another example: We might be tempted to lose our cool when we are at home on a Friday afternoon amidst the pressure of frenetic Shabbos preparations. If we hold back and don’t get angry, we have created an eis ratzon, a time to turn Heavenward and ask Hashem for what we need.

Similarly, if we are sitting under an umbrella table, standing by the coffee station at work, jogging with a friend, or working out in the gym and are sorely tempted to share a story that would involve lashon hara or divulging a secret – and we abstain from sharing it – we should grab that sweet occasion to ask Hashem for something.

There is a reason why our wives pray that their children become talmidei chachamim and that their husbands only have eyes for them after they kindle Shabbos candles. They are taking advantage of the moment following the mitzvah they just fulfilled. With this mitzvah, they set the tone for an aura of warmth and light for Shabbos and do their part to reignite the light snuffed out by Chava when she ate the forbidden fruit and fed it to her husband. Following it, therefore, is a special time to ask Hashem for everything important.

Taking advantage of an eis ratzon is also why people who are called up to the Torah and do the very great mitzvah of publicly honoring Hashem and His Torah are given a mishabeirach immediately afterward with which they can bless their families, parents, and friends in shul.

In the merit of us learning to daven better, may Hashem answer our prayers, and may we be blessed with long life, good health, and everything wonderful. 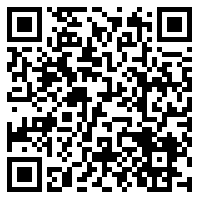