QUESTION: How do we celebrate the minor, insignificant holiday of Tu B'Shevat?

ANSWER: Far from being an insignificant holiday, we will show that Tu B'Shevat, though a minor holiday, is considered an important date on our calendar. For an answer to your question, we return to an earlier discussion.

The first Mishna in Tractate Rosh Hashana states that there are four New Years (lit. “heads of the year”), namely, in Nissan, in Elul, in Tishrei and in Shevat. These New Years, according to the Mishna, are regarded as the beginning of the year for the fulfillment of various precepts:

“On the first of Tishrei is the New Year for years (such as the reckoning of dates for shetarot, or promissory notes), for Sabbatical years (the seven-year cycle of shemitta in Eretz Yisrael, when the earth lies fallow), for Jubilee years (the culmination of seven seven-year cycles, i.e., the 50th year), for planting (calculating the first three years when a newly planted tree is considered orla and its fruit may not be eaten), and for [the tithe of] vegetables.

“On the first of Shevat is the New Year for [tithing the fruit of] the tree, according to the ruling of Beit Shammai; Beit Hillel [disagree and] say, On the 15th of that month.”

We can easily see that these various “calendar” years are intertwined with the laws of tithes which are stated in Parashat Korach (Bamidbar 18:21-32), Parashat Re'eh (Devarim 14:22-29) and Parashat Ki Tavo (ibid. 26:12-15). Our sages expounded therefrom the laws regarding the various tithes: ma'aser rishon, the first tithe that is given to the Levites; ma'aser sheni, a second tithe set aside the first, second, fourth and fifth years of the shemitta cycle, and which had to be eaten in Jerusalem ; and ma'aser ani, the tithe set aside for the poor during the third and sixth years of the Sabbatical cycle, replacing ma'aser sheni.

Rambam (Hilchot Ma'aser Sheni 1:2 and Hilchot Terumot 5:11), based on Tractate Rosh Hashana 14b (the baraitha of R. Shimon b. Eleazar) and 15b (stating, “If the fruit of a tree blossoms before the 15th of Shevat …”), rules that we follow the view of Beit Hillel. In fact, the discussion in the Gemara (ibid.) sets the date of the 15th (tet-vav or “tu”) of Shevat as the dividing line to determine for which year fruits of various trees are to be tithed.

In Bnei Yissaschar, the Dinover Rebbe, R. Zvi Elimelech Spero, derives from the wording of the Mishna, “the New Year of the tree” (in the singular, as opposed to the plural used in the other cases) that on the 15th of Shevat every Jew should pray for a choice etrog that is beautiful to look at and in accordance with the most meticulous requirements (mehudar). He understands “the tree” to refer to one particular tree, the citron tree.

R. Yosef Caro states in the Shulchan Aruch (Orach Chayyim 572:3) regarding the laws of fasting that “if a community desires to proclaim a public fast for a Monday and the Thursday and Monday that follow (Ta'anit B'Hav), and [one of] the fast day[s] would fall on Tu B'Shevat, the fast [schedule] is deferred to the following week so that a fast should not be decreed on Tu B'Shevat, which is the New Year for the trees.” The Rema adds that if they have already started the fast [schedule], it is not canceled, as would be the case on Rosh Chodesh and Chol Hamo'ed.

The Magen Avraham and the Ba'er Heitev both relate the incident when the Maharil had decreed that the community refrain from eating meat every Monday until Rosh Hashana. That year, the 15th of Av (which is comparable in status to the 15th of Shevat) fell on a Monday, and the Maharil refused to eat meat. However, on the eve of Yom Kippur (when we have to eat two seudot with meat) and on the occasion of a seudat mitzva it was permitted because of his [original] intention ? he had not intended to include these days in his decree.

This would conform with the view of the Rema (supra) who indicates the lesser status of Tu B'Shevat in regard to fasting. It is a progression from the preceding halacha (572:2) which states that if the community had already started a fast on Rosh Chodesh, Chanuka, Purim or Chol Hamo'ed, they are allowed to complete the fast ? but they incur the obligation of another fast day for having fasted on that day. 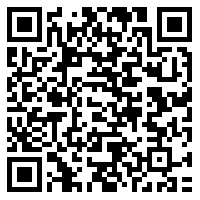