The Torah tells the story of the sorcerer Bilam and his encounter with the Jewish people. The Midrash states that Bilam’s intention was to curse the Jews, but Almighty G-d changed his curses to blessings. One can only imagine the intensity of his curses by the beauty and complementary blessings that Bilaam bestowed on the Jewish people, blessings such as “Ma Tovu Ohalecha Yaakov Miskinosecha Yisrael” – “How goodly are your tents, O Jacob, your dwelling places, O Israel.”

What baffles me is not the spinning of these curses into blessings, but rather the method that these blessings were finally bestowed on the Jewish people. At one point Bilaam instructed Balak, the wicked king of Moav, to take him to a point where he will only see a portion of the encampment of the Jewish people. From there, he would curse them. What was Bilaam thinking? How would this seemingly innocuous act enable him to better curse the Jews?


A beautiful story is told of a reporter who once attended a grand ball, where hundreds of people were on the dance floor. In order to feel the spirit of this amazing event the reporter decided to join in and, together with his partner, enjoy this remarkable happening. Much to his disappointment, it was so crowded that people were bumping into each other and stepping on each other’s toes. This left him bruised and discouraged by the entire experience. Sadly, he retired to the balcony to write the story about what he considered was a dismal failure.

In the midst of his writing, he chanced to look down at the dance floor. He noticed that from afar, it seemed like he was witnessing poetry in motion. It was as if everyone was dancing so beautifully to the stirring music, and the people were moving in unison with every beat.

It is precisely this motif that Bilaam was keenly aware of. He knew that if from afar one envisioned the Jewish people, they would be so beautiful. They are a people that dwell alone, yet are the example for all nations to emulate. To curse them as a unit would be impossible, for they represented the essence of wholesomeness and beauty. But if he could fragmentize them and only curse them in part, to dwell on their splinters and infighting, he had a chance to be successful.

In our Jewish world we often look at the details of a situation and criticize, while forgetting to consider the broad picture and appreciate the beautiful music the Jewish people make.

We criticize the State of Israel and its leaders and society, and often conclude that we must vilify Medinat Yisrael. While many of these criticisms could be credible, even accurate, one must also take a step back and appreciate the beautiful music and poetry emanating from this small land.

There is no place in the world where Torah is followed, studied and revered as in Israel. In the history of our people there has never been yeshivot equal in size or Torah studied in depth as we find today in Israel. The Mirrer Yeshiva in Jerusalem alone has over 4,000 students, and there are hundreds more.

Nearly all of the Chassidic groups that were in Europe have reestablished themselves in Israel and their following is exponentially higher and their wealth much greater.

And it is only because there is a medinah that all this is possible. Never, in the history of the Jewish people have the Jewish people had such an effective and impressive army, with a large amount of religious young men fighting and defending the land, while their tzitzit fly in the air for all to see.

Despite all its faults and all the anger I feel inside sometimes when witnessing the Israeli government in action, I am still filled with emotion and excitement every day, every hour and minute as I see the miracle of our nation.

The miracle of Bilaam’s curses turning into blessings was that even though he attempted to concentrate on the little things dividing our people, Almighty God focused on the broader, beautiful picture of what unites our people; what our commonalities are, rather than what separates and fragmentizes us.

Sometimes we must step back to see the whole picture, and marvel at the beauty and miracle that is taking place right before our eyes.

When you step back and appreciate the broader picture, you witness the unimaginable magnificence and splendor of the Jewish people and our land of Israel. 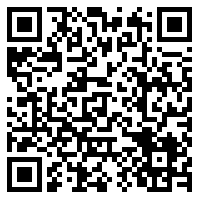