As Simchas Torah approaches, we look forward to dancing with gusto with our beloved Sifrei Torah (even if the dancing will be a bit different this year). But do we deserve to? I’d like to share a parable with you.

There was once a poor man by the name of Yankel who had very little money but a voracious appetite. He liked all kinds of rich foods but simply couldn’t afford them. One day, he fell upon an ingenious idea.


He knew that the very best smorgasbord could be found at the Marina Del Ray wedding hall, so he decided that he would crash a wedding every night and make believe he was one of the invited guests. In order to make himself blend in better, he trained himself in the art of dancing, learning to do the Hora and the Kzatzka with great expertise.

This plan, to his delight, worked fabulously for several months until one ill-fated night when he made the mistake of dancing during “keitzad m’rakdin,” when both the chassan and kallah are present. As he was performing a skillful kzatzka, the chassan commented to the kallah, “Is he your cousin? He dances really well.”

The kallah responded, “I never saw him before in my life. He must be from your side.” The chassan told her, “He’s not one of our guests. I’ve never seen him either.” They later checked him out and unmasked him as a fraud. The wedding hall management sternly rebuked him, warning him never again to pull such a shtick.

So when someone who doesn’t “have time” to learn Torah regularly dances with the Sefer Torah, hugging it close and singing “Toras Hashem T’mima,” the Sefer Torah looks at him and exclaims, “Do I know you that you are dancing with me with such intimacy? I haven’t seen you the whole year!”

While this story carries a painful and penetrating message, you might ask, “Rabbi Weiss, what are you advocating? That we shouldn’t dance on Simchas Torah?” Of course not! What I am suggesting is that when we embrace the Torah, we make a commitment that this year will be different. This will be the year that we will finally be mavir Sedra on a regular basis. Such a kabbalah will render us truly eligible to dance with the Sefer Torah the entire night through.

These days, with the horrible specter of the coronavirus hovering above us, everyone is looking for a segulah for long life. The very first segulah for arichas yamim mentioned in Shas is reviewing the parshah every week – saying the text twice and the Targum once (Berachos 8b).

Many people are thinking, “I simply don’t have time for such a commitment. I won’t be able to keep up this routine – especially when the parshios get tricky.” Such reasoning, though, comes from the yetzer hara. Reviewing the parshah is incumbent on every male, and “haba l’taheir, m’say’im oso” – Hashem will help the person who wants to do right. (Rav Reuven Feinstein, shlit”a, has the custom to be mavir Sedra immediately on Motza’ei Shabbos, before he can get busy with anything else.)

We should know that after 120 years, a person will be asked by Hashem why he wasn’t mavir sedra. Many will answer that they didn’t have time – they were busy with their livelihood, they were doing homework with the children, etc. Hashem will respond that he has written down that we spent over 1,300 hours reading the sports section of The New York Post and The Daily News. Couldn’t we find time to review the beloved parshah? How will we reply to such a question?

So this Simchas Torah, as we celebrate to the tunes of “Ki Heim Chayeinu” and “Ashreinu Ma Tov Chelkeinu,” let’s make up our minds to really finish the Torah this year, the one book written by Hashem Himself. And in that merit, may Hashem bless us with long life, good health (no scares), much joy, and everything wonderful. 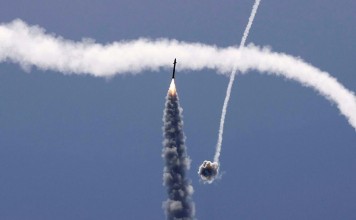 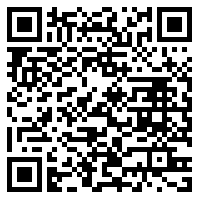