When the Jewish people crossed the Red Sea, Moses upon successfully escaping the clutches of Egypt gathered the Israelites together and they sang the famous “Az Yashir.” Miriam, Moses’ sister, also assembled the women as they danced with tambourines and sang “Shiru lahashem ki gao gaa sus vrochbo rama bayam” – Let us sing to Hashem for he is great, horse and chariot he drowned in the sea.”

If only we could hear the beautiful melody that she and Moshe sang.


When the prophetess Devorah was successful in battle she composed a beautiful song. “Vatashar Devorah” – and Devorah sang. What song and what melody did she sing?

When Channah was answered by Almighty G-d and she gave birth to Shmuel she sang a beautiful song of thanks and appreciation. Where is the haunting melody of thanks that she sang?

When King Saul was overcome with sadness and despair, David played on his harp to lift his spirits. Often I wonder what beautiful and inspiring music David must have played to calm the troubled King Saul. Probably the same music that he sang when he composed his beautiful Psalms.

King David is called the singer of Israel. Our tradition states that he wrote the book of Psalms, in which he sings the praises of G-d and beseeches him for help. These Psalms are used as a vehicle of prayer to G-d, asking for help in times of need or extolling him in times of happiness. How beautiful these mnelodies must have been. If only we could hear King David, the singer of our people, chant those beautiful melodies.

When the prophet Elisha was asked to advise king Jeroboam the second on whether to engage in war, Elisha asked to first play music. It was only after the music lifted his spirits and transformed his anger into happiness, that he received the power to prophesize.

In the Holy Temple in Jerusalem, all the services were accompanied by music as the Leviim sang the haunting melodies and beautiful songs of the Temple. They played instruments and chanted, all to create the mood of prayer and to reach heights that could not be attained if one just muttered the words. Music is the conduit of the soul. To achieve a level of pure spirituality one must sing with happiness and gratitude,

Music and song have always been a vital part of our tradition and heritage. People throughout the ages have composed expressive moving songs and melodies which have offered our people comfort in bad times and unbridled ecstasy in good times; when we sing and infuse our prayers with song we are able to reach spiritual heights almost as if we are singing with almighty G-d himself.

Often times when I pray and the chazzan chants a haunting melody, I close my eyes and it seems as if I am singing with the Shechina of Almighty G-d.

This is the power of song. It is the yearning of our soul to come closer to G-d. It is our Neshama searching to soar to higher religious levels. It is through music – this indescribable sound that emanates from our deepest feelings, this expression of our profoundest language of love and emotion – that we can attain the highest level of holiness.

There are times, however, when our Sages are clear that prayer must be shortened. Such a time presents itself if people are being paid for their time and prayer would detract from the work that they are contracted to do, or if one must go to work and has limited time for prayer. There is, according to our Sages, an obligation to pray for its own sake. However, all will agree that the ultimate goal of prayer is to be uplifting and that how much we pray is not as important as our sincerity in our prayers. Thus, there is no excuse, when one has time to pray, of the obligation to infuse the prayer with music and earnestness.

It is sad that many shuls all over the country and in Israel as well, have formed minyanim on Shabbat with the aim of finishing quickly. Friday night services instead of being inspiring and meaningful become a race to finish as quickly as possible. Often these shuls look askance at Carlebach minyanim that last just 15 minutes longer, because they just want to get done with davening. Prayer has become an unavoidable chore for many of our people, and additional singing has become an extension of this misery. Schools, too, are often more concerned with “covering the ground” and just davening, rather than attaching meaning by the inclusion of song.

Shouldn’t we be more concerned with the quality of our prayers than the empty recitals of words?

But there is an even greater loss in missing the opportunity to sing and chant. Our children learn from our actions. They see how we behave and they mimic our actions. We set a poor example when our prayers are just upgezugt, saying it with little depth and meaning.

Our sages of old, our prophets and kings, all implore that our prayers be infused with music and song – that they have the proper kavanah. If we could achieve this alone, we would enhance not only our prayers but also set a positive example for our children to emulate.

Egyptian Vocalist Who Sang ‘I Hate Israel’ Dies at 62 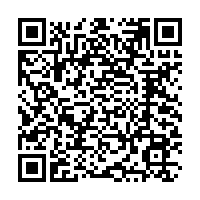