Muzafer Sherif was a Turkish-born psychologist who moved to the United States for graduate school and moved back to Turkey in the 1930s to teach in Ankara University. He was imprisoned and placed in solitary confinement for criticizing the Nazi party and the Turkish government. He subsequently moved back to America, becoming a pioneering social psychologist.

He is known for one of the most famous experiments related to intergroup conflicts and resolutions. Sherif gathered 22 boys in Robbers Cave State Park in Oklahoma and divided them into two groups – the Eagles and the Rattlers. At first, the two groups did not interact with each other and naturally built their own group cohesion.


In the second stage of the experiment, the two groups were placed in situations where they would have to compete for various rewards and resources. Consequently, hostility between the groups increased, engendering hatred and creating conflicts.

Finally, the groups were made to interact without competition, but this itself did not decrease the conflict. Tensions decreased and intergroup cohesion was created only after the two groups were made to work together toward a mutual goal that required them to cooperate (termed a “superordinate goal”).

The beginning of Parshat Bamidbar delineates the details of a census that G-d commanded Moshe to take of Jewish males over the age of 20. The numbers presented are divided by the different tribes, and the specific formation that the tribes took in the desert is described as well. The first pasuk communicates the exact date that G-d spoke to Moshe, namely, the first day of the second month of the second year after they were taken out of Egypt. Rabbi Yaakov Kamenetsky asks: Why did G-d wait until the second year to take this census and create the tribal formations? Wouldn’t it have made more sense to do this in the first year?

Rabbi Kamenetsky explains that there is a danger inherent in the tribalism that is presented in Bamidbar. Separating by groups and standing behind flags creates an us-versus-them mentality. When people stand in groups behind their own flags, they will favor their own group and be hostile to the other groups. One way to overcome this natural human tendency is to create a unifying, superordinate goal. In our case, that is the function of the Torah.

Only with the Torah in the center can we attempt to create a healthy, cooperative group dynamic. Only with the Mishkan in the center of the formation could the tribes march around in their own groups. This is why G-d waited until the second year, after the Torah was given and after the Mishkan was built and became the epicenter of the Jewish people. Only then was the danger of having different tribes mitigated.

This tension between the in-group and the out-group is highlighted by Rabbi Shimshon Raphael Hirsch as well. Introducing the census (Bamidbar 1:1-2), G-d tells Moshe to count the heads of the entire congregation of Israel (“Adat Bnei Yisrael”) according to their families (“l’mishpechotam”) and the house of their fathers (“l’beit avotam”). Rabbi Hirsch argues that “Adat Bnei Yisrael” represents the unified whole of the people in the desert. However, there is a second aspect, focusing on the families and the households. This second part represents the individual differences between families and tribes. This diversity and uniqueness is important, but can be dangerous if not expressed within the context of a unified whole.

As we prepare for Shavuot, may we merit finding our own unique voices and contributions to the Jewish people, while not allowing those differences to create divisiveness. This can be accomplished if our focal point is serving G-d, not ourselves or our groups, and then we can stand unified in heart and mind as we accept the Torah. 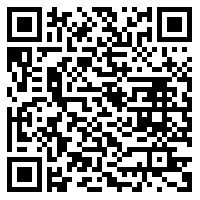