Two weeks ago, we discussed a common question asked of many rabbis and rebbetzins:

How should I deal with a husband who thinks differently than I do about practically everything? The only thing we agree on is that we disagree so often. Ironically, when I married him I thought we were so much alike…


It is no coincidence that in Lashon Hakodesh, the word for couple is “zug.” This word consists of the letters zayin, vav, and gimmel. Zayin and gimmel are the only two letters in the script alphabet that can be described as “twins.” They are both essentially half circles, but they face opposite directions.

How does a married couple make the wall (represented by the vav) between them crumble? By listening to the message contained in the word zug and recognizing the blessing inherent in opposing opinions, symbolized by the opposing zayin and gimmel.

In our democratic world, everyone considers him or herself “open minded.” But do we extend that open-mindedness to our spouse?

The following was told to me by a woman in one of my classes. I purposely have chosen an anecdote revolving around a relatively insignificant matter since most arguments erupt over minor things that get blown out of all proportion in the heat of discussion.

Malki was a devoted, hard-working mother who lovingly took care of a growing family in addition to working full-time as a bookkeeper to help the family make ends meet. At some point during the school year, she noticed that her daughter Mashi, in first grade, never invited any of her friends over. When she asked why, she discovered to her dismay that Mashi was ashamed to bring friends over to a lively house that didn’t mirror the standards of tidiness she observed in her friends’ homes.

Malki, shaken by this confession, thought she was falling short in her responsibilities vis-à-vis her daughter. Burdening herself with a dosage of maternal guilt, she coaxed Mashi into inviting her friends over, promising to “upgrade” their home.

Her husband felt strongly that Mashi should be told her friends were more than welcome to enjoy their joy-filled small apartment the way it looked. “Let’s not try to compete with anyone,” he said. “Why present ourselves in a false light? This is an opportunity to teach our daughter a valuable lesson. If this is the best we can achieve at this stage of life, let’s be proud with it.”

Her husband’s plea fell on deaf ears. Oblivious to his words and upset about his lack of cooperation, she tirelessly worked throughout the night preceding the “big day,” foregoing even minimal sleep. A folded towel over here, a little gadget over there, a plush animal on the couch. Yes, Mashi’s friends would see a spotless home.

In the wee hours of the night, while straightening up, she reflected on her husband’s outlook, resenting his insensitivity. “He is being inconsiderate of our little girl’s social and emotional needs,” she thought, her aggravation mounting from minute to minute. One thought led to another, and tears started rolling down her cheeks. She felt lonely and misunderstood. “Am I the sole carrier of common sense in this house?” she thought, feeling drained.

The next day, she fought her exhaustion at work before receiving a phone call from Mashi after school informing her that her friends had canceled; they promised to come play a different day.

In the course of the days that followed, she calmed down and realized her forceful opposition had blinded her to her husband’s position. His words contained a grain of common sense, she realized.

A week later, after having worked through the aspects of the disagreement, both mother and father spoke to Mashi, infusing her with pride for the values of their home. The importance of honesty and being genuine came up, and her mother discovered that even at her young age – energized by the harmony between her parents – Mashi was able to appreciate the message her parents were trying to convey.

And so, her friends came – and came again. In fact, they never stopped coming. Their home became the center for group meetings. Endless, unforgettable hours were spent in her “palace.” All fell prey to the welcoming, unique atmosphere that permeated their home. They appreciated the freedom to enjoy messy activities and enjoyed the parents’ stress-free perspective on life. Years later, when her friends reminisced on their younger years, they unanimously agreed that nothing compared to the experience of spending an afternoon at Mashi’s house.

Whenever I repeat the story, there is usually someone in the audience who walks over to share a similar experience with a nostalgic look in her eyes. These type of homes, it seems, are universally most loved by kids.

What lesson should we take from this story? That opposing insights are worth reflecting on. To handle different viewpoints in a marriage requires maturity, and every couple is advised to attain this maturity sooner rather than later. For you can either respect your spouse’s “illogical opinion” or suffocate the person you selected to marry. 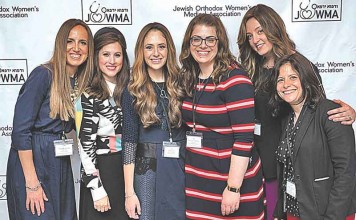 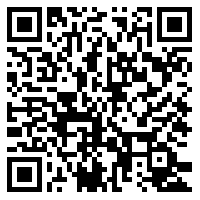