The last few parshios primarily concerned the great personality of Yosef. He is one of the few people in the history of the Jewish nation with the title of “HaTzaddik,” which he earned due to his superhuman effort in avoiding the advances of the wife of Potifar. Rashi writes that when her feminine wiles became overpowering, Yosef saw a vision of his father Yaakov, which fortified him against sinning.

But the obvious question is: If we were about to sin and Hashem sent us a vision of a great tzaddik, wouldn’t we also desist? If so, why is Yosef praised so highly?

However, this answer raises another question: Why didn’t Yosef train himself to think of Hashem instead of his father? After all, doesn’t the Kitzur Shulchan Aruch begin with “Shivisi Hashem l’negdi samid – I will place Hashem before me at all times”? And isn’t there a positive commandment, “Es Hashem Elokecha tirah – You should fear Hashem your G-d,” which we fulfill, according to the Ramban, every time we refrain from sinning due to thinking of Hashem?

I believe the answer is that it’s easier to bring to mind an image of a tzaddik than the abstract principle that Hashem is watching us. We actually find a Mishnaic basis for utilizing a tzaddik‘s image not to sin: “U’mora raboch k’mora Shamayim – Let the fear of your rebbe be like the fear of Heaven” (Avos 4:12).

Another answer for why Yosef is considered so great is that while it’s true that the vision of his father came from Heaven, it only came after he exhausted every effort at his disposal. When those weren’t enough, Hashem stepped in and gave him Divine assistance.

This help is actually available to all of us as we are taught, “Haba l’ta’er, misayan oso – Hashem helps a person who comes to act purely.” We are also taught that “b’derech she’adom rotzeh le’leches, molichim oso – Hashem leads a person in the way he wants to go.”

These are fundamental lessons of Yiddishkeit. Sometimes a person thinks he simply doesn’t have what it takes to overcome a certain spiritual challenge. Perhaps it might be getting up early to go to minyan, or not screaming at home, or not watching a certain movie (or any movie, depending on the person’s level). His assessment of his resistance threshold might be accurate. But he or she is not taking into account Divine assistance. Adding that to the equation changes the whole computation.

I saw a beautiful mashal that illustrates this idea. A king built a tower with 150 stories and told 150 nobles to ascend it, promising that whoever reached the top floor in an hour would be rewarded with phenomenal riches.

All 150 nobles started running up the steps. When they reached the 10th floor after about 15 minutes, 50 nobles in extreme exhaustion considered the task hopeless and gave up. At the 20th floor, another 50, mentally doing the math in their minds, also gave up in frustration.

At the 70th floor, with 15 minutes to spare, another 40 dropped off in defeat. Now, only 10 were left. When these 10 reached the 75th floor, with only eight minutes to go, everyone quit – except one person.

This last devoted servant reasoned to himself that if the king told everyone to ascend to the top of the tower in an hour, it must be possible, so he plowed ahead. He got to the 80th floor with only a minute to spare and there he saw the entrance to a speedy elevator – going non-stop to the 150th floor!

When we do everything we can, Hashem will lovingly do the rest and lead us to many spiritual victories. In the merit of battling the yetzer hara, may Hashem bless us with long life, good health, and everything wonderful. 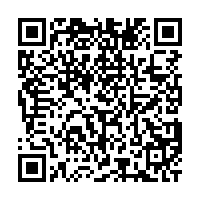