Chazal thought very highly of a jester, a person who makes people laugh. They say that a special high place is waiting for him in Gan Eden.

The Talmud (Ta’anis 22a) relates that Eliyahu HaNavi was once speaking with Rabi Beroka Hozah, when two men passed by. Eliyahu remarked, “These two men have a share in the World to Come.”


Rabi Beroka approached them and asked, “What is your occupation?”

“We are jesters,” they replied, “When we see men depressed we cheer them up and when we see two people quarrelling, we strive to make peace between them.”

Ask the previous inhabitants of the town of Shklob, formerly situated in Russia, near the border of Lithuania, the meaning of this passage in the Talmud and they will point with reverence to Nachumka the clown, who through his jesting saved all the Jews of that city.

The story goes back over 150 years to the days of Catherine the Great, who ruled all of Russia with a firm but fair hand. In the beginning, the city of Shklob was part of Lithuania and Poland, but through treaties and intrigue it passed into Russian hands. A great many Jews who plied many trades and were very wealthy inhabited the town.

But not everyone is destined to taste of the fruit of this world and to enjoy its vintage. Among the inhabitants of this town lived a poor man, Nachumka.

Nachumka had a wife and six children. He was the son of the prominent gaon, Rabi Shaul Wohl, and was himself a Torah scholar and pious person. But his wife called him a schlemiel, for it seemed that good fortune would always evade him. As she was wont to joke, “If he became an undertaker, people would stop dying.”

But Nachumka never lost his good cheer. Wherever he went he would act the buffoon, and the gathering would suddenly become lively. Even the babies of the city began to smile when he arrived.

When Catherine annexed the city of Shklob, she appointed a general to govern as a reward for the many heroic campaigns he fought on her behalf. But he was a cruel and vicious governor. He hated the Jews and did everything to harass and hurt them.         He imposed vicious taxes, and when they couldn’t pay he had them jailed. At the slightest provocation, he would have the leaders flogged in public. He also imposed restrictions upon their businesses and trading practices.

One day the city was notified that the prime minister was to visit the town to view the general’s progress. An announcement was posted inviting everyone to present his or her requests to the minister, who would try to act upon them. However, the general let it be known that he would not allow any Jews to appear before the minister.

The Jewish leaders of the city were worried. They were sure if they were allowed to present a petition to the minister, describing the evils of the general, he would report it back to the queen, who was known to be fair and treated everyone well. But how to accomplish this was the question.

They all gathered in the main synagogue to formulate a plan of action. At the height of the discussion, someone suggested using Nachumka. “If anyone could get through closed doors, it would be he,” he said. The others thought it was a good idea, and they sent for the jester.

“Nachumka,” they told him when he arrived, “time is short and our lives are in great danger. Every day it grows worse for us, and at this rate we may expect a pogrom. We have prepared a petition to present to the queen’s minister, but we have no way of getting it to him. Therefore, we rely on your cunning and guile to do so.”

For once in his life Nachumka was serious. He thought for a moment and then said, “I am flattered that you chose me to act as your emissary. I also realize the grave danger involved. But I will not shirk my responsibility. I pray that G-d, in His mercy, will guide me and show me the right path to follow. If I fail, G-d forbid, then I request that you take care of my wife and children.”

“That we will do,” they promised him. “We will not ask how you intend to accomplish your mission, for we rely on your cunning to devise a way. May G-d be with you.”

A few days later, the minister arrived. The general arranged a huge parade for him and at its conclusion there was a banquet. Officials from all over the city came to meet the prime minister and present him with petitions for the queen.

When the time came to present the petitions, a large line formed and as each person was presented to the minister, he gave him a letter or said a few words which were marked down as a record for Her Royal Highness.

At the end of the line appeared a farmer, dressed in the clothes of his trade. He, too, presented himself before the minister.

“What is your request?” asked the minister, while the general and other officials crowded around him.

The farmer trembled momentarily, moved back and bowed low to the minister. “I have a letter to give to Your Honor,” he replied.

With that, he gave the minister a sealed envelope. The minister opened the envelope and looked at it with amazement.

“Why, this is only a blank piece of paper!” he exclaimed. “It contains no writing whatsoever.”

The farmer took the paper, looked at it and cried aloud, “Woe is me! This letter wanted privacy, and now the letter flew away. If Your Honor will have patience I will look for the words and put them back onto the sheet.”

With that, he fell on his knees and began to search the floor. Everyone crowded around him watching the spectacle. After a while, he rose and began to cry, “Your Honor,” he wailed, “what can I now tell the people who sent me? All is lost. Apparently the words were too shy when they saw such a crowd and they disappeared.”

The general looked at the man and began to laugh. “Must be some lunatic,” he mused to himself.

But the minister caught the farmer’s eye and then announced in an authoritative voice: “Come with me to my private chamber!”

Leaving everyone standing in the main hall, the minister led the farmer to a private room. “I see through your act,” the minister said. “I realize you wanted privacy. What it is all about?”

“May you be blessed,” answered the farmer. “You are as brilliant as they say. I am a Jew, and the Jewish community of this town has sent me. The general, who is an enemy of the Jews, would not permit us to come see you.” Then he gave him another letter, which listed all the evils that the general had done to them.

“I was wondering why no Jews appeared to welcome me at this reception,” said the minister. “When I questioned the general about this, he told me that the Jews were too busy cheating and stealing money to bother to come here.”

The farmer, who was Nachumka, then told the minister how the Jews were being used by the general to fill his own coffers. How he imposed taxes, which were never turned over to the queen’s treasury, presenting the minister with documented evidence.

The minister took all the letters and evidence and said, “You are a wise person to see me privately, for the general would have surely killed you if he saw what you are giving me.”

The following morning the minister departed. A few days later the general was summoned to the Royal Palace, exiled and placed in charge of a small village in Siberia.

The Jews of that city celebrated the event and blessed G-d for saving them from the evil clutches of another Haman. Every Jew in Russia revered the name of Nachumka the Jester and, if asked, could explain why a jester has a high place in Gan Eden. 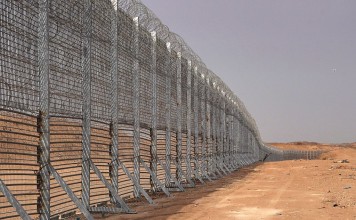