Recap: Reb Daniel Yaffe, the wealthiest Jew in Berlin, had made a bargain with his old friend, David to give the latter all the money he would make over 10,000 marks in return for a penknife. As the years passed, he forgot about it. Now David, an impoverished man, has suddenly shown up after many years to borrow money for his daughter’s wedding.

“David, is it really you?” asked Daniel in amazement.

“I haven’t seen you in ages. Come in, come in and have breakfast with me.”

The two old friends sat and eagerly exchanged stories about all that had happened to them since they last saw each other. Daniel told the story of his meteoric rise to affluence and greatness while David, with a bitter sigh, told of his struggles to make a living and the tragedy of the death of his children through sickness.

“Now, I have an opportunity to marry off my only remaining child, a beautiful girl named Sarah, but I must have 1,000 marks. Do you think you can help me, Daniel!”

“What kind of question is that?” asked Daniel. “Of course, I can. Do you imagine that I would allow you to struggle when I can help my old best friend?”

“I knew I could count on you,” exclaimed David in joy. “You were always a good friend and from the earliest days you were so positive that you would be rich. It is true that I laughed when you bought the penknife from me but you were correct. You did become a wealthy man.”

“Don’t your remember? It was such a foolish thing, really,” said David. “Remember the penknife I had gotten from the Polish nobleman that you so admired and wanted so desperately to have? It was only worth a few marks, but you had no money for it and you said that if I gave it to you, you would give me all the money you would eventually have over 10,000 marks.

“I laughed at the time for you were a penniless young man. But you were right. Look at you now…”

As David continued to talk Daniel’s face turned pale and his heart felt as if a knife had cut through it. Indeed, he did remember now. What a foolish bargain! But it was a bargain and if he were held to it, it would mean that he was about to lose all he had accumulated over the years. All his furnishings, his wife’s jewelry, his proud coach and horses, the beautiful garden, all that his powerful steel safe held – all this was no longer his; it belonged to the man in rags who sat before him and spoke only of 1,000 marks.

What was he to do?

David noticed that his old friend looked white as a sheet and he cried out.

“Daniel, what is the matter? Are you ill? What has happened to you?”

“It is nothing, nothing, I have a bit of a headache and I would appreciate it if you could come back again a little later.”

As soon as David left, Daniel went to his wife and told her the entire story.

“We have lost almost everything,” he exclaimed.

His wife sat stunned and replied.

“Perhaps, if you sat with David, you could work out a compromise whereby he would take a lump sum and leave you most of your wealth.”

“I don’t doubt that for a moment,” said Daniel, “but my conscience would not allow me to do such a thing. After all, a man’s word is his bond. I made a bargain with him when I was young and, though it was foolish, I must live up to it.”

“What can I tell you, my husband,” replied his wife, “you are a good and honest man. I can only suggest that you go to Rav Tzvi Hirsch Levin and ask for his advice. Perhaps he can help us.”

“You are right. If there is any man in Berlin who is wise enough to find some answer for me it is Rav Tzvi Hirsch.”

Rushing into his carriage, Reb Daniel set off immediately for the home of the rav. As he rode he was greeted along the way by Jew and Christian alike. The great Reb Daniel Yaffe was a man whom all respected and this respect was clearly shown in their faces and the warmth of their greetings.

But this time, the greetings did not fill Daniel with joy. “Are they greeting me for myself or for my money? What will happen when I give up all my wealth to David? Will they still shout so warmly when they see me?” A deep sigh burst forth from Reb Daniel Yaffe’s soul and he exclaimed to himself: “At least there is one thing that can never be taken from me. All the good deeds that I have done with my money, all the charity and aid to the poor and needy will always be in my account in Heaven.”

As he finished speaking these words, the carriage arrived at the home of Rav Tzvi Hirsch. Rushing out, Daniel hurried into the house.

Rav Tzvi Hirsch was in the midst of a lecture on Talmud to his students but he greeted the head of the Berlin community with sincere friendliness. When he saw that Daniel did not sit down to wait until the lecture was over, he excused himself to his students and asked Daniel if something was wrong.

Rav Tzvi Hirsch saw that there was something serious involved and asked his students to leave him and Reb Daniel to themselves.

When they had left, Rav Tzvi Hirsch turned to Reb Daniel and was shocked to see tears running down the wealthy man’s face.

“Reb Daniel! What has happened? Why are you crying?”

“Rebbe, a tragedy has struck me! I think I have become a poor man overnight.” 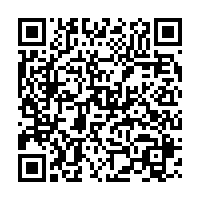