Binyamin HaTzaddik was in charge of the tzeddakah box in his town. One day, during a time of great hunger, a woman approached him for some money.

“I swear to you,” he replied, “that there is nothing left in the pushka.”


“Sir,” she begged, “if you don’t help me, my seven children and I will die from hunger.”

Binyamin HaTzaddik then supported the woman out of his personal funds.

Some time later, he became ill and was near death. The angels in heaven appeared before HaKadosh Baruch Hu and cried “Ribbono Shel Olam, You Yourself decreed that he who saves one life is considered as if he saved the entire world. Yet Binyamin HaTzaddik, who saved a woman and her seven children, should die so soon?”

The Heavenly Court immediately tore up the harsh decree and it was said that twenty-two years were added to his life (Bava Basra 11).

One day Rabi Elazar, Rabi Joshua and Rabi Akiva traveled to a distant city to raise funds for the community pushka. There was a wealthy man, Aba Yudin, who was known for his kind heart and for his great contributions to charity.

But time wreaked havoc with his estates and he soon became a poor man. When Aba Yudin saw the sages approach, he felt ashamed, realizing he couldn’t afford to donate to their cause.

He entered his house very dejected. His wife noticing his mood, questioned him about his sadness. “The rabbanim are here and I can’t give them a thing,” he replied.

His pious wife then had an idea. “We still own a little plot of land,” she said. “Sell half of it and give the money to the sages.”

He followed her advice and, before departing, the rabbanim offered him a bracha. “Aba Yudin, may the Lord return your wealth, for all the kind deeds you do.”

The following day while Aba Yudin was plowing his small field, his sole remaining ox fell into a deep hole and broke its leg. Aba Yudin began digging around the hole to help his ox, when he spied a hidden casket. Opening it, he found many jewels, a diamond and gold and Aba Yudin became very wealthy again.

The following year, when the rabbanim returned, they inquired about Aba Yudin. “Aba Yudin?” was the reply, “Who can have the honor of seeing his face. He has become so wealthy, powerful and rich.”

When Aba Yudin heard they were in town, he rushed out to greet them. “Your prayers for me have multiplied tenfold,” he exclaimed.

They replied, “Although your gift was very small last year, we placed your name at the top of the list,” and upon him they then quoted the sentence in Mishlei, “The gifts of man precede him, it leads him before the great.” 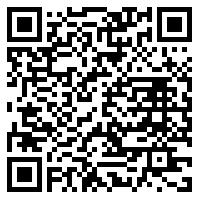