In Kislev we celebrate one of the most joyful and festive holidays of thanksgiving: Chanukah. It is the holiday which commemorates the great struggle of Klal Yisrael against the attempts of the cruel Syrian-Greeks to wipe out the last vestiges of Yiddishkeit. It is the anniversary of the miracle of the small remnant of oil which would not be extinguished.

More than twenty centuries ago, the Klal Yisrael lived in Judea, in Eretz Yisrael. It was their own land, and they were led by their own government.

Soon, however, a mighty kingdom came to power, Greece, led by Alexander the Great. Its armies swept throughout Asia Minor, conquering country after country, and people after people. Judea, too, fell before the mighty Greek armies, but though they lost their political freedom, Alexander allowed them to observe their faith in the manner that they were accustomed to.

Alexander died while still very young, and upon his death his generals fell to quarreling amongst themselves as to who would be the heir to the kingdom. In the end, the kingdom was divided into three main parts and the tiny kingdom of Judea fell to the Syrian-Greeks.

They were led by a vain and cruel king named Antiochus. He was hungry for power and honor and he sought to obtain them by wars and conquests. He captured tens of kingdoms, setting cities aflame and ravaging their inhabitants. He was also determined that all the peoples under his rule bow to the Greek idols and accept him as a deity. He was angered beyond all reason when the Jews refused to do so.

In revenge, he and his advisors enacted a series of decrees to once and for all put an end to the Jews’ stubborn refusal to give up their faith. They thought that if they would make life unbearable enough for the Jews they would surely give in.

They declared that no Jew was allowed to bolt or lock his door. They hoped by this to open the houses of the Jews to burglars and thieves, to refuse them the minimum of privacy when they slept and, in general, to rob them of the sanctity of their own homes.

The Jews suffered terribly from this decree, and they were able to see the fulfillment of the words of the Torah, “And thou shalt fear day and night.”

“How much longer can we hold out?” they pleaded with Hashem.

And yet, hold out they did – for three years. At the end of the three years, the Greeks saw that the Jews were clinging firm to their faith, so they put another decree in place: “Every Jew who owns an ox or cattle shall engrave on its horns the following words: ‘We have no part in the G-d of Israel.'”

This decree would surely bring the Jews to their knees, thought the Greeks. For if they did not wish to deny their tie to G-d, they would have to sell all their cattle, leaving them without animals to plough, without meat to eat, and without dairy products.

The Greeks, however, reckoned without the courage and faith of the Jews.

“Heaven forbid that we deny the essence of G-d and our ties to Him,” they declared. “We would sooner sell all our cattle.”

And they did. Every Jew who possessed cattle sold them, rather than deny being part of Hashem’s covenant.

Their suffering, however, was very great, and after a time they turned to Hashem again and pleaded: “How much longer can we hold out?”

And Hashem answered them: “Because of your sin in neglecting to go the Bais HaMikdash on Pesach, Shavuos, and Sukkos, and refusing to bring korbanos, you are being punished by having those same animals slaughtered before your very eyes and being unable to derive benefit from them. However, I see that you have glorified My Name by refusing to deny it, and so I will relieve your sufferings.”

And miraculously, all the kosher beasts and birds of the forest and the fields made their way to the homes of Klal Yisrael to be caught and eaten. The miracle was doubly amazing, as had the Greeks not ordered them to leave their doors open, the animals and birds could not have entered.

Seeing how Hashem was willing to come to their aid, they realized they could no longer suffer evil decrees in silence and were determined to fight back. 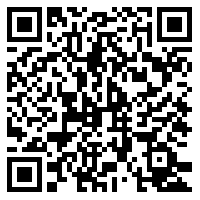