The life of our sages was never an easy one. Although persecuted by the Romans, they continued to devote all their efforts to the study of Torah and doing good deeds.


Rabbi Channina replied, “Happy are you who has been arrested on five charges, but will be rescued, and woe is to me who, though having been arrested on one charge, will not be rescued. For you have occupied yourself with the study of Torah as well as acts of benevolence, loving kindness, whereas I occupied myself only with the Torah alone.”

This is in accordance with Rabi Chuna who said: “He who is occupied with the study if the Torah only is as if he denied G-d, for it is said, (Divrei HaYamim 15:3) ‘Now for long seasons Israel was without a true G-d.’” What does the expression, ‘Without the true G-d’ mean? Said Rabi Chuna, “It means that he who only occupies himself with the study of Torah [but doesn’t observe loving kindness] is as if he has no G-d.”

The Talmud then asks: Did not Rabi Channina occupy himself with acts of benevolence? Surely it has been taught that Reb Eliezer ben Yaakov said, “One should not put his money into a charity fund unless it is supervised by a learned and honest man such as Rabi Channina ben Tradyon [hence he did practice loving kindness].”

The Gemara then answers, “He was indeed very trustworthy, but he did not give from his own. He did not practice benevolence.”

“I am called Master,” he replied, “meaning the Master of Weavers.”

A miracle occurred, and a female bee came and sat on the warp and a male bee alighted on the woof. Seeing this, Rabbi Eliezer said, “This is the warp and that is the woof.”

They again asked him, “Why did you not attend our meeting house?”

He replied, “I am too old and I feared perhaps I would be trodden down under the feet of the crowd.”

“Has it ever happened that old men should be trodden down in our meeting house?” they asked.

Again a miracle occurred, just then they were notified that an old man was trodden down in that house.

“And why did you let your slave go free when you know that it is forbidden?” they asked.

“No such thing ever happened,” he replied.

One officer in the crowd then arose to testify against him. Eliyahu HaNavi, disguised as one of the dignitaries of Rome, approached the man and said, “May I suggest that you refrain from testifying against the Rabi for a miracle seems to have occurred in all of his other matters and a miracle will surely happen again in this matter too, and when it does, you will be considered as an enemy and a liar.”

The witness, however, did not listen, and rose to bear his testimony. Suddenly this man’s name was called out. He was needed to deliver an important message to the Emperor. On the road, Eliyahu came and hurled him a distance of four hundred parsangs, so that he did not return anymore.

They then brought in Rabi Channina ben Tradyon and asked him, “Why did you occupy yourself with the study of Torah?”

“Because I am so commanded by the Lord, my G-d,” he replied. 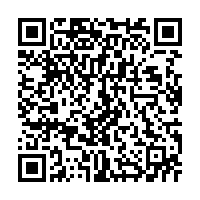