Our forefathers were giants when it came to having faith and a belief that G-d would take care of them. Nothing worried them save that they wasted time not studying our holy Torah. They relied on G-d to take care of their needs.


The gaon and tzaddik Rav Chaim of Volozhin, one of the dearest disciples of the Vilna Gaon, established a yeshiva to perpetuate the principles and aims of his teacher. Providing sustenance for the pupils was a difficult task and Rav Chaim often suffered great privations but he never despaired, for he trusted in the L-rd.

Once, during the Franco-Prussian war, a merchant entered the yeshiva and said to Rav Chaim, “Rabi, I have just completed the purchase of merchandise for my business and I still have a thousand rubles left over. I’m afraid to carry it with me for the roads are infested with bandits who wouldn’t hesitate to take my life if they knew I had such a sum with me. Therefore, I would like to entrust it to you to keep until I return next year.”

Rav Chaim took the money and gave the merchant a receipt. The merchant was very happy that he had discovered a Rav who would take good care of his money. Ad times were tough, Rav Chaim was overjoyed at this windfall and he immediately made good use of this money.

A number of years passed and the merchant returned to the yeshiva. He approached the secretary, showed him the receipt and asked to have his money returned.

The secretary excused himself while he went to the home of Rav Chaim. “Rabi,” he cried, “the man who entrusted you with his money three years ago has now come back and he is claiming his money. What shall we do? The yeshiva’s treasury is empty.”

When the secretary departed, the Rav’s wife turned to him and asked, “Where do you hope to get the money by tomorrow? You know we barely have enough money to survive.”

“G-d will provide,” answered the gaon.

Rav Chaim appeared unperturbed. In the morning he arose as usual, said his prayers, studied the Torah and gave his regular shiur to his pupils, continuing as if nothing had occurred.

Towards evening a messenger from the baron appeared at the home of Rav Chaim. “My master, the baron, has a thousand rubles which he desires to exchange for gold,” said the messenger. “He is planning a trip abroad and he needs gold. He knows that you received gold from distant countries and he therefore requests that you write your supporters abroad to send you gold. In the meantime, he is giving you the money to use for the exchange. He realizes that it may take time to accumulate the gold, therefore, I will return in a few months.” Leaving a thousand rubles, the messenger departed.

An hour later, when the merchant entered, Rav Chaim gave him back the thousand rubles he had entrusted to him three years earlier.

To such heights did our sages trust in the Lord and the Lord reciprocated.

Profited On The Wrong Merchandise

Rav Chaim of Volozhin had a pupil, Rav Yosef Zundil, whose piety and saintliness were legend. He, too, inherited from his rebbe the strong belief in G-d, to trust in Him and He’ll take care of you.

Rav Zundil owned a small shop which his wife took care of. She did all the knitting and repairing while her husband studied Torah day and night. This way they lived a meager and contented life.

Once his wife came to him and said, “There is a large fair opening in the main city where merchandise of various countries will be on display. While I don’t want to disturb you from your studies, if you will visit this fair and purchase a year’s supply of thread and cotton, I’ll never have to waste your time and mine for the next year in purchasing it from our local dealers. Also, we’ll be able to save a lot of money.” 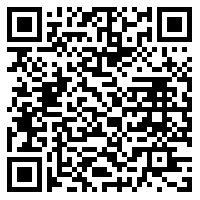